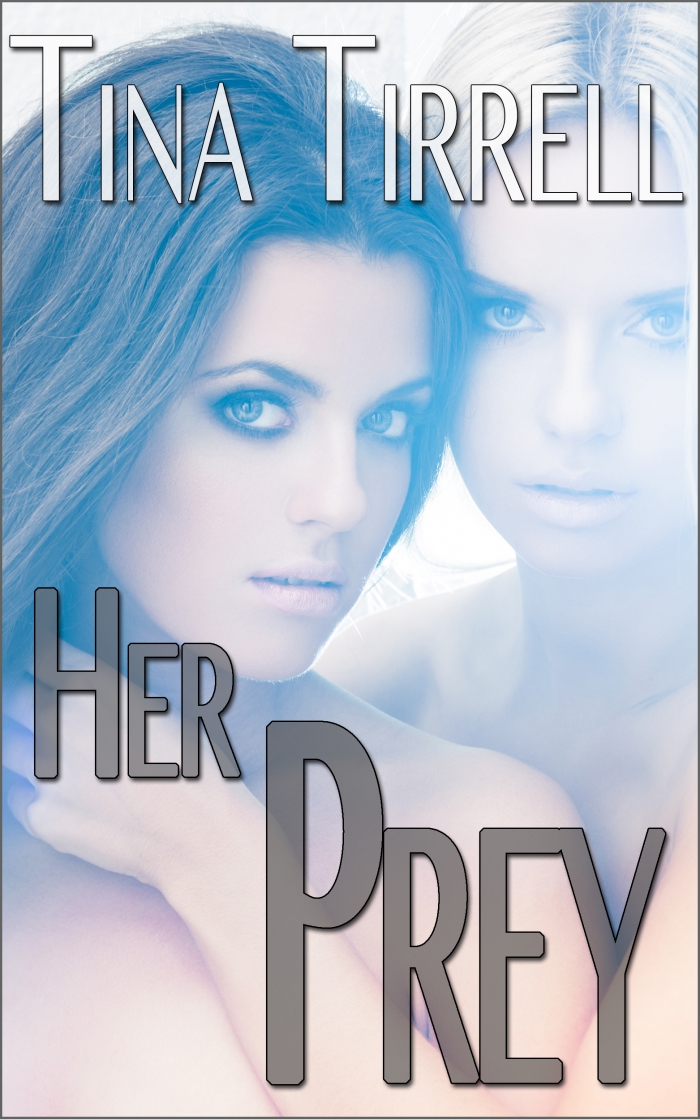 a Collection of Tales of Dominant Women

Tina Tirrell's über-sexy, ultra-desirable, and provocatively experienced female characters meet her knack for drilling directly down into the male mind and delivering what men want most from their erotica. The more-than-satisfying result is three, intensely intoxicating short stories destined to leave you with a highly memorable, fully gratifying trio of intimate experiences.

Lie back, relax, and allow these leading ladies to take charge, take over, and have their way with you...

One man, whose favorite pastime is watching the enticing new female next door, is in for one seriously sexy surprise, starting with finding his usual voyeuristic ritual offers a second hot female in his frame of view. And she looks remarkably familiar. Welcoming the Neighbor involves the hottest sexual experience of his life when he's invited to join in the fun next door.

The primal instincts and deepest desires of every woman are glorified as a sultry, female predator chooses Her Prey. There are no limits to her prowess and the enjoyment of the hunt. Forboth of them.

Letting the women take over has never felt so good!

....  I was getting a hard on right there over the kitchen sink.  Before I could worry about how to explain that one away, I was locked in another fantasy.  I imagined that poor young thing living alone behind my house couldn’t get her lawnmower to start up again.  Of course, I had to do the polite thing and walk over there to offer my assistance.

In my daydream, she was so frustrated with the machine that she didn’t even notice me drooling at the close-up view of her breasts while I bent over the mower.  Her tits were moist and glistening in the hot sun.  A tiny trail of sweat ran down into her cleavage and disappeared.  I imagined my tongue tracing that path and tasting that waterfall of sweat between her breasts.  She just whimpered as her tits pressed against my cheeks and mumbled something about the coolness of my tongue feeling so good.

That was my cue.  As if her asking for my help with the mower wasn’t an obvious invite.  I lifted my head from her chest and proved my intention with my mouth swallowing hers.  Her thin arms wrapped themselves around me instantly and she practically fell against me and my fat cock.  I reached around and grabbed that ass I’d been staring at all summer long.  It was just as tight as I expected.

She practically sucked on my tongue.  So needy.  I decided to give her just what she wanted right then and there.  With one hand still squeezing her ass, I slid my fingers down the front of her tight shorts and found her pussy.  It was drenched in sweat, so hot, and practically heaving at my touch.  When I brushed against her clit, her knees gave way, and I had to prop her on my thigh to hold her up.  I slid two fingers in her hole; this girl wasn’t going to be left unfulfilled.

My fingers delved deep into her pussy and pulled out again.  I stroked her in perfect rhythm, faster and harder as she started pumping against my leg.  When she came, her juices gushed over my fingers, soaking her panties and leaving my fingers dripping.  Ah, the look on her face as she watched me lick my hand clean!

“What are you up to, you old devil?”  Shit.  My wife appeared in the kitchen to snap me out of my fantasy without any warning.  She commented on my conspicuous expression and promised to nag me about it later.  “I’m going out.”  I heard the front door close loudly behind her.  We were long past the politeness of keeping each other informed about our whereabouts.

Alone with my fantasies again, I checked up on the neighbor through the window.  She was wrapping up her lawn work.  My eyes followed her round ass as it bounced back into her house.  I thought the fun was over.  I planned on checking back in on her later until I noticed some movement behind her bedroom window.

It was mid-afternoon, and I was definitely thanking the sun for lighting my view so well.  I could see well into my hot neighbor’s room through that oversized window.  I was amazed that she didn’t pull the curtains closed before tugging at the strings at the back of her bikini top.  The moment was too good to be true.  I felt my cock hardening again as I leaned over the sink with my nose nearly pressed to the window above.

I admired her glistening, bare back as she stood in her bedroom.  I prayed for her to turn around towards the window.  Instead, her hands went to her shorts as she bent over to peel off the wet denim, lifting one knee at a time to free each lengthy leg.  I could only see the top of her ass and those high cheeks my imagination had permanently pressed into my mind.  She has those deep dimples in the small of her back that seem designed to mark where to press your thumbs as you hold her waist and take her from behind.

Only a second figure appearing in the room drew my attention from my fantasy again.  I was shocked.  I didn’t notice my sexy, single neighbor welcome anyone into her home just then.  And she was still naked.  As the figure moved towards the object of my desire and into the light, I noticed a shapely form.  It had to be another woman.

Only when the joined bodies turned, I realized how familiar that second feminine backside was to me.  The scene was suddenly more unreal to me than any fantasy.  .... 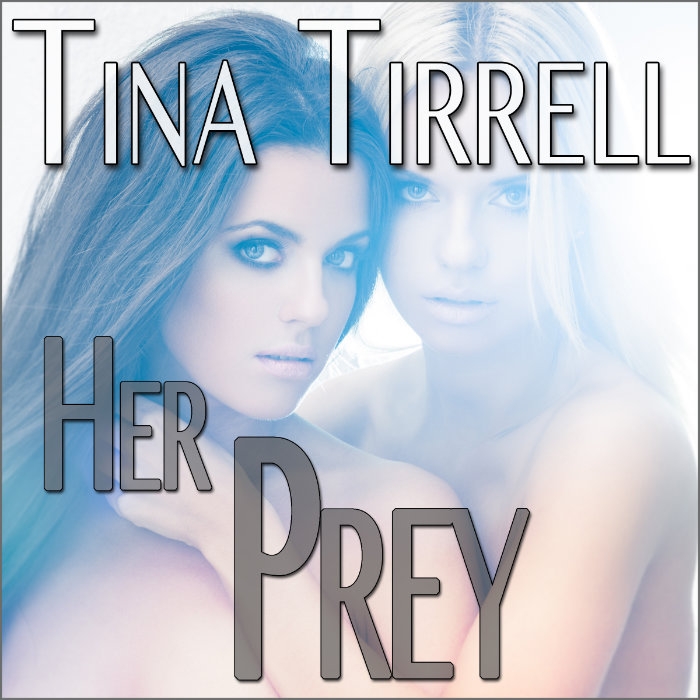 A trio of amuse-bouches about women with untrammeled appetites.

1) "Welcoming the Neighbor" -- Women may rightly feel suspicious when their guys suddenly develop an interest in chores: here, our married male narrator takes to washing the dishes more than is entirely necessary because he enjoys watching through the kitchen window the hot new neighbor mowing her lawn and otherwise looking scrumptious. Naturally, he invents nice fantasies for himself and the minx ... until Real Life intrudes in a most shocking fashion. Can't really say more, except that the climax just might bring you to one: super, super hot, as hot as wearing a parka while eating an habanero pepper in Oaxaca in August. Ms. Tirrell really has a dirty little mind. :)

2) "Her Prey" -- This one's for the ladies, I deem, though some of us more evolved men will enjoy the spectacle of female carnality at its hungriest. Manager of a health club fixates on a gym-rat; spies on him while he showers after working out ... and makes her move. But it's the details that arrest. "Naomi" itemizes the dude's assets like a wolf regarding raw beef cutlets. Her mouth waters. Her "sexual tension" is "strung so taut that she needed release". No happier sight for a man than to see that in a woman, their eyes dilated and growing distant ... Well, Ms. Tirrell takes pity on her heroine: she gets everything she wants and more after the end that the author leaves for the imagination.

3) "Succumbing to Tradition" -- My favorite in the group shows Ms. Tirrell spreading her wings a bit, wading into traditional historical-romance. An unnamed Prince dreads the day of his marriage, because his life is enjoyable enough without the complications that females bring to men. He is an Adonis figure, disdaining the siren call of Venus. Fun fact: the most popular work that Shakespeare wrote in his lifetime was not any of the plays, but rather a long (and to us, tedious) narrative poem called "Venus and Adonis" -- soft-core porn all the way, with Venus, fevered by lust, pursuing the proudly disdainful perfect young man. I expected Ms. Tirrell's story to go down a similar path, but she surprised me (as she usually does) by bringing in a fortyish, laughingly experienced maidservent to serve as "sex instructor" to our gynophobic Prince. Well, after learning a couple of sweet lessons, the Prince is rather more amenable to his Princely connubial duty.

Loved this collection, probably because I love it when women dare to take the hand that they naturally deserve: the upper one.

I'm more than a bit jealous of such an idea, but I did love the stories inside this book, and I was really surprised to find them all so different. One's a period story with almost a fantasy feel to it, one's more of a magazine-style erotica confession tale, and one is this interesting look at a very aggressive/assertive woman who loves to "prey" on men, in an almost animalistic way. And yes, it's hot! So, this book isn't just what you'd expect from the author, but more of a special compilation that really does show off what Tina's really well known for. And you're not disappointed. This book is definitely worth adding to your collection to "refer" back to time and again when you need a little "spice" in your day! ...whether you're a man or a woman!

This woman - the writer - really floats my boat!   And the women in every story too!  Why can't I find women like this in my life?  Please write more!  The combination is HOT!

Finally!  Strong, sexy female characters that aren't afraid to go after what they want and have a GREAT time doing it!  I love how Tina Tirrell writes without holding back.  It's the kind of hot erotica we women want to read!