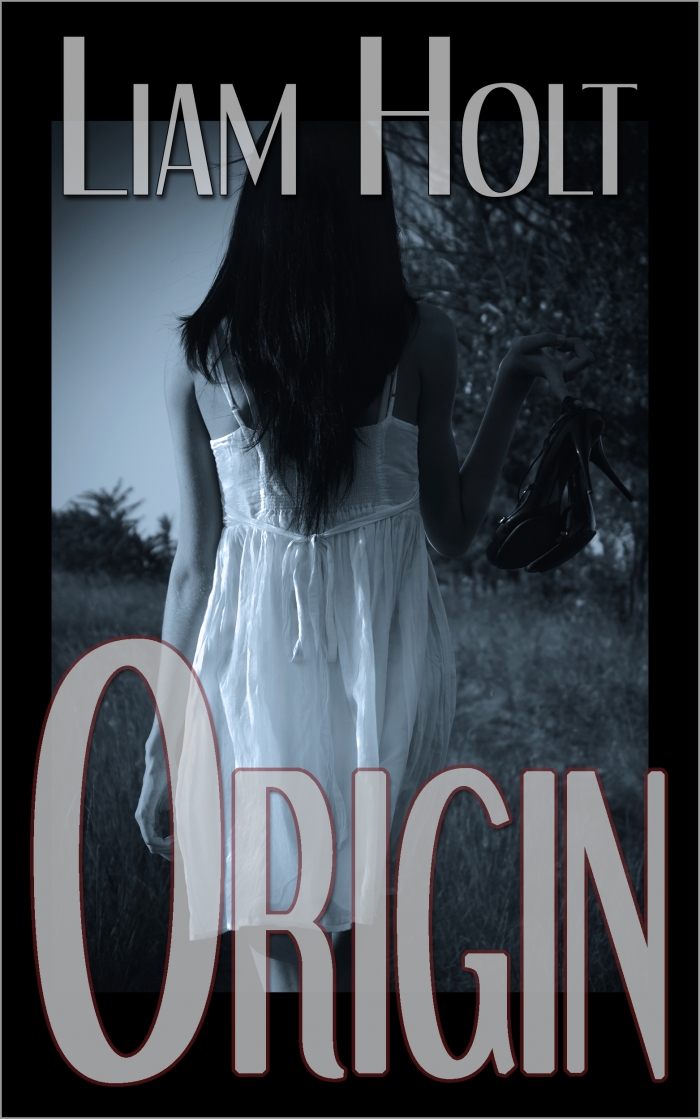 In a small community called Origin, life for young Silas is simple, peaceful, and so wrapped up in secrets that he isn't even aware that he is the only one—the last one—to learn of the monumental events in store for him.  Every man, woman, and child eagerly anticipates Silas's coming of age, the precise moment when he is destined to perform his all-important birthright: the very continuation of the town itself.

Silas is the son of the man all call Father, the sole leader of the small, the man whose commands no one disregards, whose love and favor all live to earn.

One evening, Silas drops to his knees as ordered, dutifully recites all of Father's commandments, and remains completely unaware of what will soon be asked of him, demanded of him: the loss of his own innocence and the loss of young Joanne's, the first of countless, untouched female members of the community Father will designate and direct his son to use in fulfilling his divine, singular purpose.

Always striving for Father's praise and approval, young Silas desperately struggles to understand what is asked of him and just how to carry it out.  Time and again, Silas considers no choice but to fulfill his purpose and obey Father, only to blame himself as the cause of each woman's subsequent disappearance.  For Silas, fear mingles with physical desire, reluctance couples with denial, pleasure equates harm, and he learns the ways of intimacy under the most guarded, convoluted conditions—all under Father's watchful, judgmental eye.

When the full story and Silas's destiny are finally revealed, once Silas has grown into his manhood in desperation, struggling with--and continually forced to feed—his sordid, unexplained desires he's made every attempt to suppress, the truth is so shocking that Silas's once idyllic, innocent life is turned completely upside down as he realizes the full extent and meaning offamily.

She had golden hair.  She was so fair, her skin so pale, her body seemed so frail.  I can’t even remember who had left me alone in that room that day or who opened the door so that she could enter.  With this complete stranger, this quiet girl standing before me, it was Father who entered next and dictated what would transpire.

You have to understand; there was no doubt that what Father ever said would come to be.  I don’t think that girl, the first of many, the one whose face I’ll never forget, believed any less either.

Father stepped into the room, dragging his heavy presence as always, his wrinkled face draped into a permanent frown, and stared with beady eyes at the two of us as we faced each other, pensively waiting for we didn’t know what.

“Silas, knees,” Father’s voice boomed, shattering the silence surrounding the three of us.  I knelt down without hesitation and bowed my head as I had many times before.

“Then, rise, my son.”  I stood.  “Today, you truly become my son.  Today, you create life as I created you.”  Father carefully observed my face and the girl’s.  “Do you understand?”

My heart thudded in my chest.  I did not understand, but I was old enough to know what my Father wanted in an answer, the only acceptable answer, and that Father always receives what he intends.

I struggled to prevent my voice from shaking.  “Yes, Father.”  And he left us.

No floor ever felt more cold on my bare feet.  The girl stared into my eyes like a small deer facing its predator, completely accepting of its unavoidable fate.  And, right that moment, I just couldn't possibly fathom what that actually was.

She didn’t even have a name.  If Father didn’t speak it, it was not important.  The girl gently raised her hands, her eyes still on mine, and lifted her thin dress over her head.  Unceremoniously but carefully, it slid over her skin, revealing the smoothly shaved V between her narrow thighs, a flat, flawless stomach, and newly sprouted breasts.  I had never seen a naked woman before.

I was puzzled.  I had no idea what I was supposed to do, what would make Father happy, how to be the son I was to grow into here and now.  My hands clenched into balls at my sides.  I just waited.  I froze in place, waiting to become aware of – praying I would discover – just what Father expected of me.  I could hardly breathe.  The world of my childhood was suddenly so foreign, completely unknown.  I was lost.

And worst of all, she wasn’t frightened.  That very fact perplexed me.  It fed me a new emotion: jealousy.  How could this girl know something I didn’t know, especially when it came to Father?

The girl gently folded her dress in a neat square and laid it on the floor beside her.  And then, she just looked at me.

I quickly glanced down and back up along the shape of her small body, subconsciously looking for clues as to what Father wanted of me.  There was no sexual response whatsoever.  I wasn’t sexual; my life wasn’t sexual.  No one had ever made the world sexual for me.  Now, I know it has to be taught... even if it’s your own body serving as your teacher.

The girl took my hand in hers, the touch creating a tingling sensation instantly.  No woman had ever touched me before, very few had even spoken to me.  I didn’t know the tenderness, the tentativeness of a female’s touch.  It was completely new, further establishing how I was suddenly, overwhelmingly, in a completely new world.

Leading me to the mattress, the only furnishing in the room, I found myself studying the girl’s foreign form while I had the chance.  My eyes scanned the shape of her: how she was different from me, how she was the same.  I watched the curves above her thighs crease and shift as she walked.  I noticed the bony ridge of her spine, the single freckle on one shoulder blade momentarily revealed beneath her swaying blonde hair.  She was a complete puzzle to me.  I hardly knew why women existed at all.  I only knew of the one reason.

The girl stopped when we reached the edge of the mattress at our feet after a walk that seemed to take forever.  She faced me.  I almost detected a smile on her face.  Her hands moved to the button fastened at the top of my shirt; I jerked away without thinking.

It was the look in her eyes then, shot suddenly from the deepest green, that spoke volumes.  Do this now.  Remember Father.  I relaxed, grateful for the direction, and her fingers nimbly unbuttoned my shirt, allowing it to fall off my shoulders and drop to the ground. 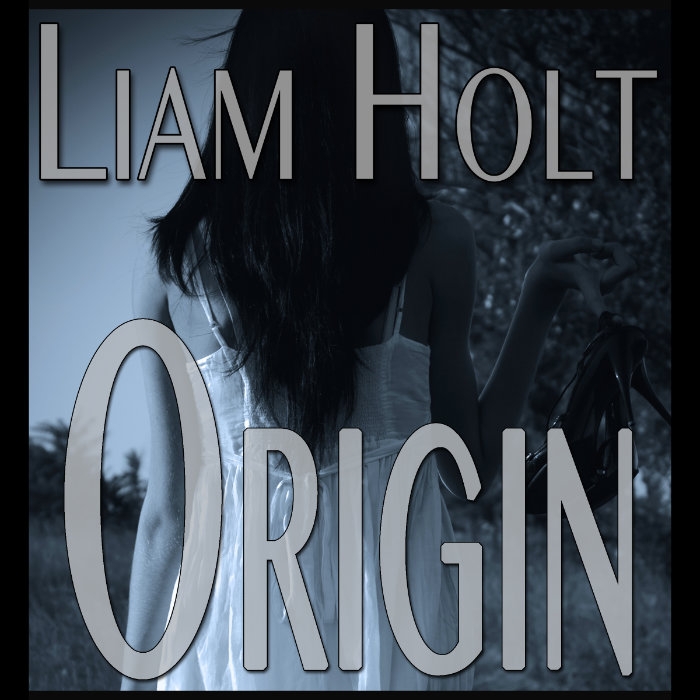 I daresay Liam Holt has read his Nathaniel Hawthorne, his Shirley Jackson, and even his Stephen King (who was influenced by those other authors himself). Children-of-the-corn-type town -- set in modern times, but the inhabitants make the Amish look like TED Talks hipsters -- is ruled over by a stentorian old creep that everyone calls "Father". Brainwashed young Silas dotes on the old man, fears him, too, and follows his every command. If Father says "Knees", the kid drops to 'em. I can't really go into the details of the story without spoiling it, but I will say that Holt achieves some sparkling moments in his prose, particularly with the fevered ritualistic sex. I also appreciated the descriptions of how sterile this dark little world is: so bare and colorless. (We will learn why that is by tale's end.) We can't *feel* a strange world if we're not *shown* it; Mr. Holt admirably shows us, in this traditional creepy-old-town story with an erotic, and finally appalling, twist.

5 out of 5 -- exceptionally well-written and dark erotica.

All right, I'll admit I'm a fan of many genres, in addition to the erotica that I most enjoy writing, and suspense and horror are genres that really get me going. When I first came across Liam Holt's debut books labeled "erotic horror" (among many other things!), I just couldn't resist picking them up for myself. This author makes big claims, loving himself and his own stories as much as the genres that he writes in it seems, but that's never scared me away from a man. If he could pull off surprising me when my specialty is the "taboo," then I would know he's something very unique and worth reading. And that's exactly what I found in Origin.

The book never gives away its central theme, which I love. It hints at it, in the description as well as in the weighty beginning, but this is a book with a distinct taboo theme that doesn't RELY on that theme to draw readers, if you know what I mean. It's eerie while being sexy, superbly well written (think "Stephen King not afraid to get truly explicit") while digging at your own personal morals, and suspenseful while leading you knowingly down a road you want AND don't want to go down. Seriously, pick up this book!

It's the best money I ever spent on trying out a new author. Liam Holt is not afraid to "go there" in erotica, and he's going to change what the readers of the world demand from their thrillers and horror. This is going to be your new addiction!

I just love good horror stories and anything that scares the pants off me.  Thanks to Liam, I now have a new favorite book genre I want to read more of!!