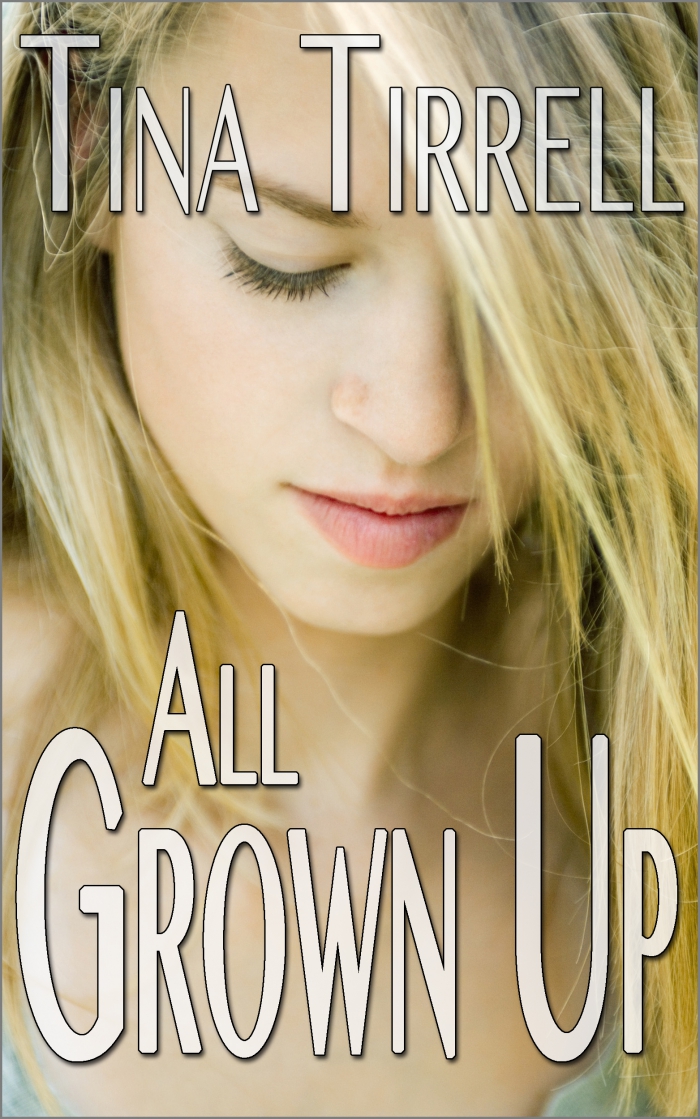 Featured in box set Oh, It Hurts! Pain and Pleasures of Growing Up Too Fast

Susan has just turned eighteen, and she's excited about starting college after the summer break. Just one thing tempers her excitement: her serious lack of experience with the opposite sex. Even in her innocence, she knows the boys from high school are nothing like the men awaiting her in college. Fitting in and being a proper coed demands doing a little homework. And, as in all areas of her life, Susan has every desire to excel.

Looking forward to continuing the discussion about just how to carry out her summertime goal with her best friend Jessie, Susan's greeted by Jessie's older brother John at the door instead who's a grad student himself. As Susan's invited inside, an obvious solution for her own personal dilemma strikes her: John must know exactly what's expected of college-age girls.

Lucky for Susan, John's more than happy to help with her intimate request and offers himself as a patient tutor in the ways and methods of college extracurricular activities. Just inside John's old room, Susan eagerly learns one technique that's surprisingly just like licking a lollipop. She eats up her first lesson with the unmatched exuberance of a student quick to learn and excited to finally learn the answers to all her questions and curiosities.

As the school year comes to an end and Susan later lavishes dressing up as a true woman for the senior prom, John arrives with the offer of a gentlemanly ride, complete with the treat of a short detour and the ultimate lesson in womanhood, right in his parked car. Susan feels all the thrills of being truly grownup under John's instruction and realizes just how much fun she has to look forward to as her college career begins.

“Not really.” My nose scrunched up the way it does when I’m caught lying. I can’t help it. I know I’m going to be told my punishment next.

But John didn’t even get mad at me. “That’s all right. What can I really help you with?” I knew when he put his hand on my knee that he actually did care. I thought I’d start practicing to be an adult by telling the truth.

“Well, I heard you talking on the phone, and honestly, I’m scared about going to college next fall. I don’t know what to expect. I don’t want the guys to think I’m just a dumb girl.” I realized I was making a pouting face, the one that always made Dad so mad he told me to wipe it off.

I could tell John was listening though. The way his eyebrows bunched up together made him look so sexy. I was beginning to see what made men different from boys. They took you seriously. “Well then, what will make you feel more confident? I’ll help you with anything you want to learn.”

I couldn’t help looking down at the bulge in his crotch. It was automatic. I hoped the blush on my cheeks would make him realize I really was a good girl and didn’t go around thinking about sex all the time. “Well.” I didn’t know if I was doing the right thing by saying something I’d only said out loud to Jessie before. “I heard that guys really like it when girls go down on them.”

“Well, I really don’t know what to do.” John patted my knee with his hand and let it rest on my suntanned thigh. I hoped he wouldn’t notice the little blonde hairs there from not shaving in a while.

“That’s okay. You can’t be expected to learn all on your own. It’s quite easy. And I know most women really like it.” His hand moved just a bit so his fingertips brushed my inner thigh. Tingles spread all the way up my body, and I had to catch my breath. “Would you like me to show you, Susan?”

He was so kind and understanding that I wanted to impress him and show him I wasn’t shy. I looked down at his bulge again and nodded. I needed to know what was hidden down there in that most private spot, how he was different from the boys who flashed themselves at me without even being asked.

I got down on the carpet in front of him and balanced on my knees. I heard John start to breathe deeper as I slowly unzipped his khaki pants, careful not to hurt him. He had cotton boxers on, and I pulled him out of the hole in the front so I could take a good look at what made him a man. I couldn’t believe how stiff it was in my hands.  It was silky smooth but hard as a rock.

“Oh, that’s perfect, Susan. You’re doing great. But don’t be afraid of hurting me. A man’s cock is built for rough play.” I smiled back at him and then concentrated again on my task, picking up his snake with both hands and holding it tightly as I waited for instructions. I couldn’t help squeezing it a bit to see just how hard it was.

“Now, leave one hand there at the base and put your other hand above it so you can move it up and down. Go ahead and put it in your mouth if you want. Just like a lollipop.”

It kind of looked like a lollipop too. The end was dark purple just like grape-flavored candy and even a bit shiny. I took out my chewing gum and stuck it on the bedpost. Then, I slowly lowered my head and touched my lips gently to the very end. So warm. It moved a little bit, like it was a living thing that wanted to be petted. I pulled it inside my mouth and sucked on it like a popsicle.  .... 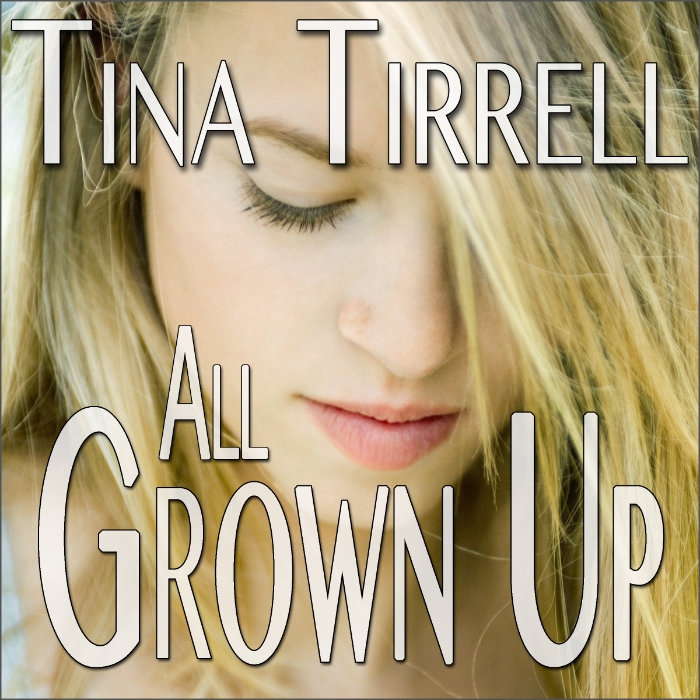 Straight-up erotica from Tina Tirrell. One of her early stories, if the copyright is a clue, but even early in her career she demonstrates assurance in the narrative and doesn’t get distracted by minutiae. Ms. Tirrell is particularly gifted at describing complicated physical scenarios: the scene in “John’s” car is a textbook example of carefully prepping a physical interaction and building the scene brick by brick as it goes forward. Oh, and it should be noted that the description of our heroine getting orally pleasured by the guy is hot! -- the details are ripe and exact. One can smell the perfume and taste the salt.

This is the 19th or 20th story of hers that I’ve read, and in this one, another Tirrell Trope emerges: the Lollipop Metaphor. “Go ahead and put it in your mouth,” Susan’s lover instructs her, “just like a lollipop.” Tirrell’s heroine goes on to narrate, “It kind of looked like a lollipop, too. The end was purple, just like grape-flavored candy.” (LOL, Tina!) I call it a trope because in another story of hers, “The Big Tease”, Ms. Tirrell makes a comparison to a lollipop licking CONTEST. Where the heck was I when this was going down? Ms. Tirrell has disabused me of the notion that I had an exciting youth. Sigh. Anyway, Ms. Tirrell’s prose is peppered with similarly piquant details, not just in this story, but in all her work. Seriously, she’s great.

It's not easy to write good erotica. I don't just mean something you kinda like, but the stuff that makes you think "WOW!" When you find it, you know you have a new favorite author... for LIFE.

And Tina Tirrell is mine!

Honestly, I never thought of myself to be into the more innocent characters and first-time situations. But that was before I read any of Tina Tirrell's books. It's hard to get inside a character's head, to make the experiences feel real to your reader; you kind of have to "live" the whole thing, as the writer, to make it all work... REALLY work. That's why I was blown away when I first read Tina's work. You keep thinking she must've experienced it all herself, lived it all herself. Or how else could she write it all so well, so compellingly, and make you feel like your experiencing sensuality again as you did in the very beginning??

Live again. Take a peek at one of Tina Tirrell's books. If you don't, you're denying yourself so many amazing experiences.

Geeze.  Oh... my... God.  Tina must write more about those first years of a woman's sexual discovery, of that intense innocent, of how exciting the world of sex is when you're young, of how, sometimes, you need a teacher.  I have got to read more!

Reading All Grown Up makes me want to be eighteen again!  It was like reliving my first time, but hotter.  I mean, super sexy want-to-steal-this-story-as-my-own-personal-get-off-fantasy kind of hot!