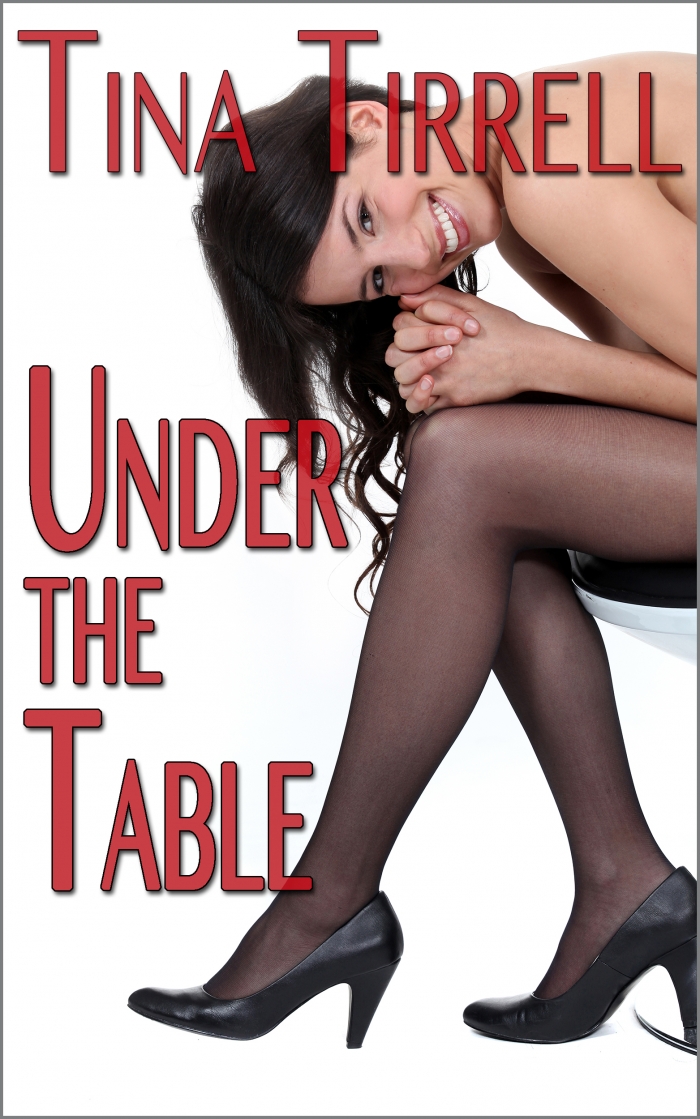 A sultry stranger's invitation under the table is just the beginning of a foot fancier's unforgettable evening filled with foot play.

A sultry stranger's invitation under the table is just the beginning of a foot fancier's unforgettable evening filled with foot play.

Sasha is the only woman at the largely all-male business conference, the same conference leaving Michael without a single moment to himself for personal gratification all week. Worse yet, it's feminine feet that drive his fantasies and stimulate him; and not even Sasha, who all the male attendees swarm around, has revealed one glimpse of more than just a pointed toe in her high heels peeking from the hem of her slacks... until tonight.

The hotel bar and lounge are packed for the final social mixer, and Michael strains to see more of the legs and feet Sasha finally reveals beneath a sleek sheath dress as she sits at the end of a large booth. Clamoring for an inconspicuous glimpse of what promises to be enticing toe cleavage teasing from her designer shoes, Michael is caught in the act by Sasha's return glance. To his amazement, a sexy, taunting foot display begins as Sasha dips and dangles just outside of the floor-length tablecloth for his eyes only. Aggravatingly, Sasha is surrounded by male colleagues and impossible to actually approach... until she signals her invitation.

When the moment is right, Sasha invites herself up to Michael's room where he's granted full access to her amazing feet to touch, explore, and experience them in every way he wishes.

....  It was obvious to me that time.  She wanted me to find a way to slip under the table.  And, once I was that close, it was pretty apparent that I could do it without a single soul seeing.  Everyone had been drinking for a while by that point.  Drunk men don't notice much of anything, and they were all caught up in entertaining each other, making their final attempts to leave lasting impressions of their business savviness with their new acquaintances.  So, I dove for it.

Yes, I took one quick glance of the full circle of space around me, saw no one was looking my way.  Even Ms. Baker's companion's view was blocked by her own body.  So, I just dropped to my knees and crawled right under the large table like a kid granted free access to a candy store.

The tablecloth dropped instantly behind me, and I was completely out of view of everyone else in the entire establishment.  I wasn't even anywhere near the man wagging his tongue at Ms. Baker.  Suddenly, I was actually at my own private party.  And the real show was about to begin.

I sat cross-legged, quite comfortably, and looked on as the two feminine feet before me began to slide and dance in and out of their shoes.  The motion and sight was so overwhelming, when I had the chance to indulge in it fully and ignore everything else around me, that I almost started to feel faint.  I didn't know if my personal invitation granted me permission to touch, so I just sat back and observed.  And that was plenty.

Ms. Baker knew exactly what she was doing.  She toyed with her shoes, used them as tools to carve straight into my deepest desires.  She dipped and dangled, crossed and uncrossed, and curled her revealed toes into the carpet and spread them again in this perfect pattern that just drove me closer and closer toward the outcome I wouldn't be able to prevent.

I gazed at the length of her lower legs, wondered at the shimmer of her expensive hosiery, and loved how she chose a bare toe style that made my night absolutely ideal.  Her perfect pedicure was topped with a glossy, blue toenail polish that was in stark contrast to her conservative dress.  This woman had a wild side.

When her single foot slid its way across the floor to just where my knee was, I almost exploded right that instant.  She made contact; all bets were off.  The sole of her foot rubbed circles around my knee, unable to reach further up my leg, but my imagination took care of the rest.  I reached out to touch the prompting foot and held the shape of it in my hand.  Exquisite.

The foot warmed in my palm, beneath my fingers, and curled against me, loving the attention.  I worked my best magic on it.  I wanted the unbelievable Ms. Sasha Baker to know that I was very grateful for what she'd granted me.  I massaged her soles, her ankles, manipulated her arches, and gave special attention to every toe.  I only wished that there was room, that we were in different circumstances, so that I could stretch out and take her foot into my mouth and lick and suck her for her own pleasure.  And definitely, mine too.

Instead, I gave her the best foot massage I've ever given.  To both of her silky feet.  When I felt like I'd been the dutiful gentleman, worshiped those feet as well as they deserved, I inched my way closer to Ms. Baker so that I was sitting as close to her as physically possible.  I placed one of her feet on my lap to show her just how near I sat.  And she did all the rest.

I leaned back, resting my weight on my hands on the floor, and felt those two feet slide up my thighs, circle the crotch of my pants, and make their way straight to my hard-as-rock dick.  It didn't take much, just the two of them on either side of my dick, rubbing and warming and working me.... 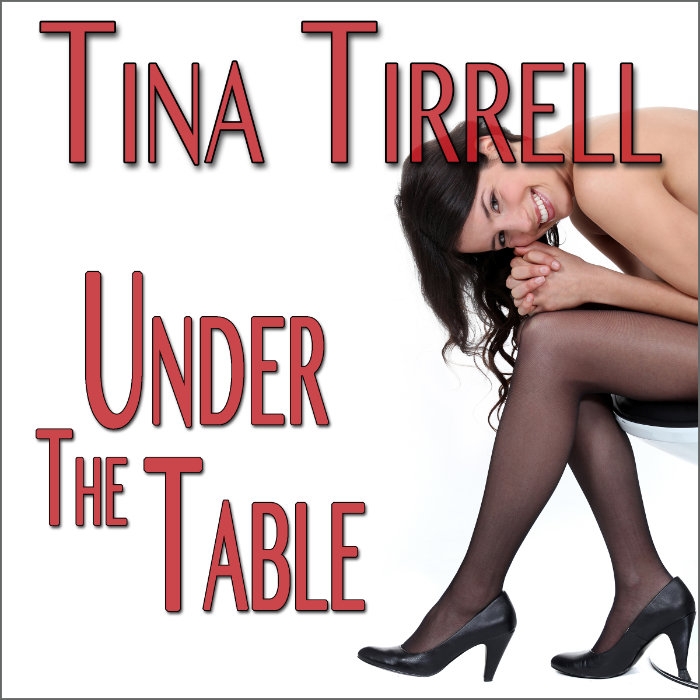 Gotta start somewhere -- why not with Tina Tirrell, wise, witty, gentle, compassionate, and utterly filthy-minded? :) Nice set-up: a foot pervert is at some hellish business conference, staying in a hotel with about 20 other dingbats, all male. He is starting to despair: drowning in a sea of testosterone, he can't even get it up anymore. He's forced to top the week by attending one of those mandatory cocktail-hour things at the hotel bar.

He is saved by "Ms. Sasha Baker" (and I love the way Ms. Tirrell has her male narrator refer to her as "Ms. Baker" throughout), a classy businesswoman who makes an appearance at the bar and draws the usual attention from the gaggle of grateful males. She normally wears hillary-suits, which frustrates our hero because the pants cover too much of the shoes ... but tonight she's in a classy dress, and her feet are deliciously exposed.

Some nice dramatic tension: Ms. Baker finds herself monopolized by some dim beefcake, but she notices our hero's longing glances at her feet. The two feet perverts make a connection. Our hero somehow ends up under the table where she sits with the monopolizing beefcake. While she chats away, she plays footsie with our footman, who sits under the table caressing the precious stocking-sheathed appendages -- it's really quite funny, as well as sexy. But with whom will Ms. Baker leave the bar? Beefcake or Pervert? (Take a wild guess!)

Tina Tirrell has spoiled me: I now require my erotica writers to be smart females. And why not, when a writer like Ms. Tirrell has such a knowing grasp of male attitudes and needs? She writes better male POV than most males do. And, with this story, she has convinced me that foot fetishism can be seriously hot. A sign of a great erotica writer? When she can turn you on with a subject that one might normally not be into. Erotica asks us to expand our boundaries, but it truly helps when talented purveyors lead the way.

It is a short but fun and sensual story catering to the foot fetishist. This story is told from the male point of of view. It is well written and tightly edited. I enjoy d/s stories, especially femdom's and this short story depicts an assertive, confident female lead but nothing resembling deep power exchange. Not that it bothered me but I thought worth mentioning. Read it if you are into feet, it is definitely worth it.

This has been a long standing fantasy of mine and to see it written so well was a nice treat!  If you're like me, like feet as much as I do, and looking for something a little different, I highly encourage purchasing this. It made an otherwise dull morning into a really exciting one.

I've always been fascinated with men's fascination for my feet.  I don't know if I'm the only woman reading this, but I have to say, Under the Table has shown me an entirely new perspective of just what sensuality - and flirting - are!  You know I'm going to be using my own feet for a special purpose when I'm out and about now!

I can't wait until I go out and catch sight of a beautiful woman's legs and feet teasing me from under the table!  Of course, I know that'll never happen to me in real life.  I can dream, especially thanks to Tina Tirrell's stories now!