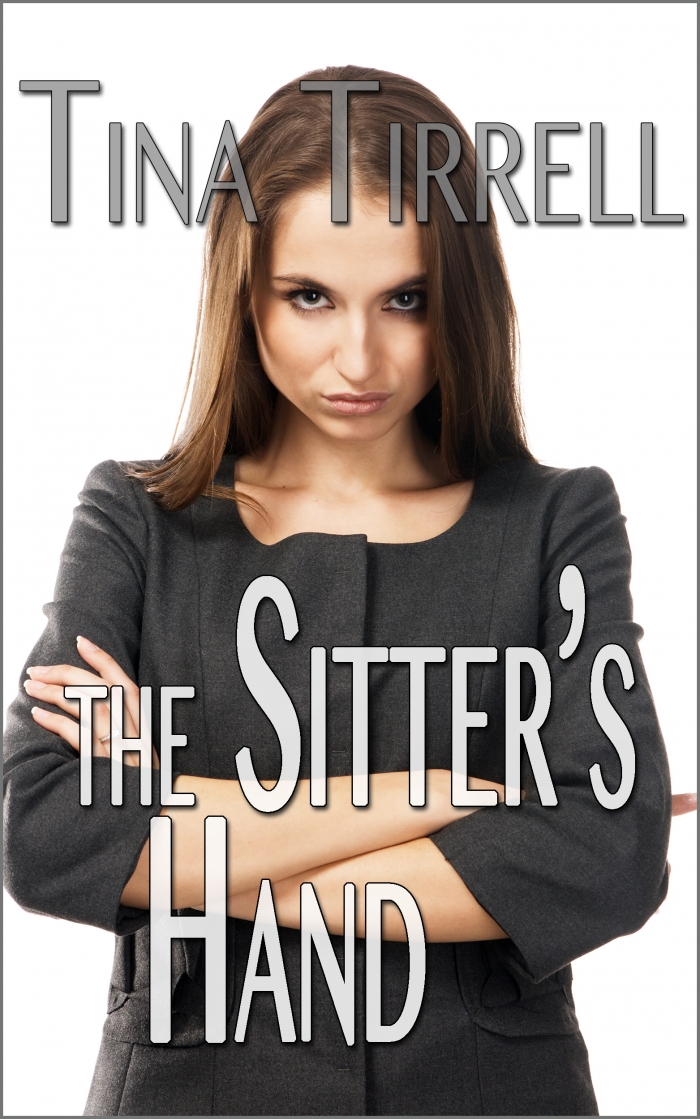 He'll never know if Miss Nancy herself planned the progression of his training or if she even anticipated the inevitable result culminating just as his parents return.

....  "I will call your parents.  I will tell them that on the very first morning that they've been away, their son is refusing to respect my authority and purposely ignoring my specific requests."

I stared at her in astonishment.  I couldn't even remember the last time I was in trouble with my parents, disappointing them in some way, or giving them any reason at all to question my ability to act like the young adult that I was.  I definitely didn't want to be responsible for ruining their vacation.  Especially on Day One.

I looked at Miss Nancy's lap, her black slacks, and plain black flats.  She was so dead-serious that I was shocked by how effective her intimidation actually was on me.  That was the one moment when I could've stood up to her, really stood up to her, and found out just what would happen if I refused to obey her.  But, for some reason, I couldn't make myself do it.

I walked over, knelt down on the floor next to her, then leaned over her lap.  My grownup ass was pointed up at the ceiling; my well-worn sweatpants suddenly feeling very thin and unprotective.  I felt terribly uncomfortable with the physical contact: my t-shirt-covered chest lying flat against this woman's thighs.  She was my adversary, the adult with a certain amount of power over me that my parents granted her.  She was still a stranger, a mostly anonymous woman, that I was actually touching with so much of my body.

It was so alien.  It felt so inappropriate.

I could hear her breathing over me, her thighs shifting under me to position me just as she wanted.  Her chest—her breasts—were just above me.  It took the most awkward maneuvering to even lay down over her lap without bumping into them.

When I felt her palm lay flat over my ass cheek, I flinched.  It was so incredibly intimate.  Just so not right.  This stranger, this woman, was touching me.

Suddenly, I was all too aware of just how close my crotch was to this woman's thigh.  Inches.  No, centimeters.

My mind wrestled, my brain hurt, trying to get the slightest hint of a sexual thought out of my head right away.  Immediately.  My sanity demanded it.  I could not cope with the whole thing if, somehow, my teenage hormones worked their way into the situation and mingled with the outright embarrassment and total awkwardness.  And the humiliation.  No, no, no, no, no.  No!

Her hand—her female hand—slid over my ass, teasing one cheek, then the next as if she was trying to determine how to best apply this ancient form of punishment.  Did she want to hurt me?  No, I thought, it couldn't possibly hurt.  She didn't have that kind of authority, my parents wouldn't stand for it, she'd be in so much trouble.  And she was a girl after all.  She wasn't strong enough.  Or gutsy enough.  And the whole thing was just illogical.

Then, the whack came.

I felt her hand lift, our only physical contact my chest over her thighs, and I didn't dare say a word.  I wanted to ask a million questions, stall her, make her question her own motives.  I thought none of it could actually be real, not really be happening to me.

All while my groin was pressed to the side of her thigh.

Before I felt her hand make contact with my ass in one quick motion, nothing was as embarrassing—as nerve-wracking—as the conflict in mind between the sensuality of my pose and our physical intimacy and the fact that this woman wanted to punish me, wasn't happy with me, possibly wanted to hurt me.

Miss Nancy's hand came in contact with my ass at a rate I never expected, at a moment I never expected.  I couldn't have expected anything; I'd never been spanked before in my life.

We were in total silence, aside from the thumping sound of her forceful palm meeting the thinly worn sweatpants covering my ass.  Each time, my body was shoved forward: partly due to the strength of her strokes, partly due to my body's automatic reaction to the sensation.  Each time, my groin was pressed against Miss Nancy's thigh.

Thwaack!  Pain and pleasure mingled.  A teasing of my groin, my upper thighs forced against this woman's, and the slick sting of her hand on my ass on the opposite side of my body.

I didn't know how long she was going to spank me, how many times.  I just tried, through all of my shock and surprise, to not utter one single grunt or groan admitting the pain I was in.  Or what my state of mind was.

Five spanks were issued.  Five times that woman's hand met my ass in a completely inappropriate way.  I could barely hold back the tears threatening to show my true emotions.  I was embarrassed as hell.

I started to move away, slide myself off her lap, but her arm wrapped around my back instantly, holding me in place.

She was just a small woman; I could've pulled myself away.  But there was something in the situation, in the dynamic that was occurring in that guest bedroom of my own home, that signaled me to stay.  I wondered if that was what it meant to be "submissive."

She stopped finally, after ten or so meetings between her hand and my ass.  I waited, unmoving.

"There," she said, breaking our verbal silence and in an unexpectedly calm and feminine tone.  "I don't expect to have to do that again."  She had to add, "you may stand up now."  I wasn't going to move until she told me to.

I couldn't look at her.  I stood there, waiting for her next instructions, as she stood as well and straightened her slacks.  I was shocked by her relaxed movements, of her entire impression of not really being affected by what just took place.  To her, it was just like telling me to eat all of my dinner.  Nothing more, nothing less.  That frightened me the most.

For all my former confidence and rebellious thoughts, I realized I didn't really understand that woman at all.  I couldn't know what this new female in the house would do or say or think.  I couldn't predict any of it.  .... 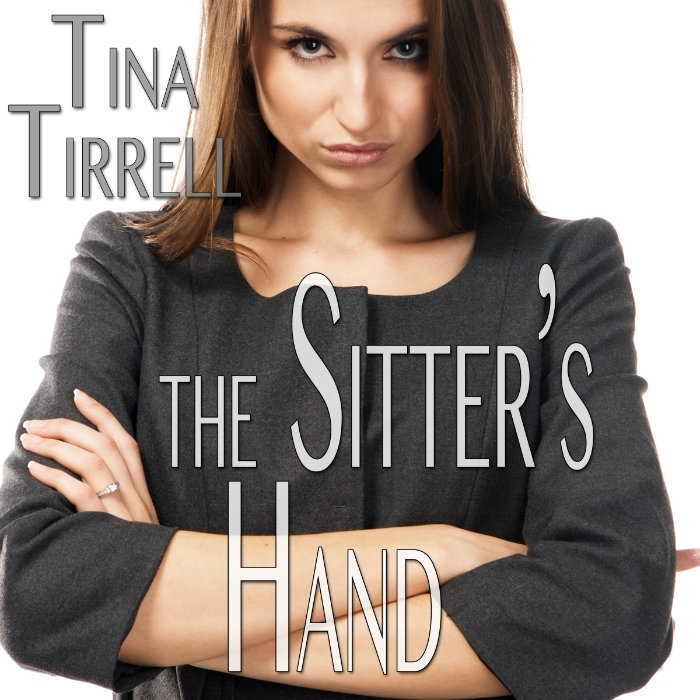 Why oh why did I wait so long to buy this story.

Wowwwww. Tina Tirrell blows us away with her grand spanking epic, "The Sitter's Hand". We meet the unnamed teenage male narrator (excellent voice -- Ms. Tirrell once again demonstrates her knowledge of the male mind) whose parents are about to go away on vacation. It's for a week though, a pretty long time for unsupervised adolescence, and they feel they must hire a babysitter for their son, no matter how generally well-behaved and almost-mature he might be.

But he's willful, after all, despite his near-adult attitude and behavior. Very willful. "Miss Nancy" will shortly demonstrate to him just how willful he is.

Of course, her task -- and the author's -- is to bring out the young man's true id, make him reevaluate his ego, and throw his superego in the trashcan, all by spanking the holy hell out of him.

"The Sitter's Hand" is a masterclass in the power of incremental narrative. Miss Nancy starts as unpleasant, but the first spanking, while uncomfortably intimate for our hero, lays a seed. And the plant grows with each encounter over the course of the week. The strange intimacy between them grows. Ms. Tirrell is careful not to make Miss Nancy a sexpot or too obvious in any way -- this is key for the erotic buildup to be convincing. By the time the Miss Nancy appears in his room in her nightgown because he has not gone to sleep at dusk as ordered, she must know she has found a kindred soul. And out comes the paddle.

I won't spoil the last encounter except to say that Miss Nancy has made our hero realize an important component of his sexuality, and he has grown enough to ask for it, on purpose, like a man.

Interested? Of course you are, because after all, gents, we're all babies (as all women surely know) longing to crawl back to that responsibility-free "id life". Some kind women out there provide it for us. "The Sitter's Hand" chronicles this oh-so-common dynamic. It is one of Ms. Tirrell's most gripping narratives -- high praise indeed.

Tina Tirrell is a writer of erotic stories who can turn her hand to a wide variety of subjects through her various adult novels, and on this occasion she turns her hand to the subject of spanking, and FM spanking in particular. As a Sitter she is very much a no-nonsense lady who doesn't hesitate to punish her male charge in the time honoured fashion as he lays across her lap. Even a female friend of her charge becomes subject to the same form of discipline when the need arises.  If I have any criticism it is a very personal one in as much I do not like the word "ass", much preferring the more provocotive term "bottom". That said, Ms Tirrell's words certainly know how to hit all the right buttons!  More please.

I don't know what to say. I want to go back in time and make this my own first sexual encounter!

The intensity, the suspense, the agony and ecstasy... you have all the must-have aspects of spanking f m erotica in this book!