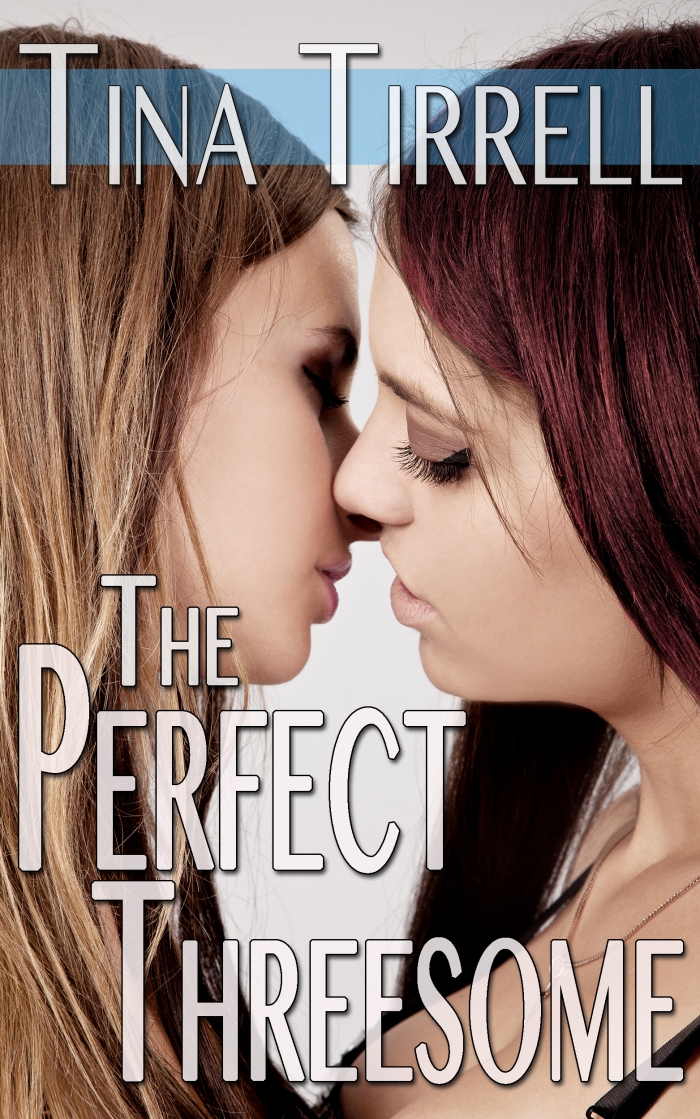 There are ways a woman can get a man to do anything she wants; he just didn't think the offer would come from his own wife and never, in his wildest dreams, involve her sexy best friend. How could he possibly refuse them?

There are ways a woman can get a man to do anything she wants; he just didn't think the offer would come from his own wife and never, in his wildest dreams, involve her sexy best friend. How could he possibly refuse them?

Dan's a working man. He works long and hard and wants nothing more than to sink into his recliner and open a cold can of beer when he walks back through his front door. But, this afternoon, his wife and her best friend are going to ruin any attempts at relaxation... until Dan discovers just what they've been cooking up and are eager to ask of him. You could say, he's about to be invited to participate in the time of his life and the ultimate in "relaxation."

....  And then, my wife's best friend winked at me.  I didn't think anything at all of what her complaint was until she gave me that certain kind of look she never had before.  That made me all the more suspicious.

Tanya smiled confidently to herself, then concentrated on adjusting her tube top back over her breasts where it had slipped a bit—showing too much cleavage for her own wishes, I guess—during her last laughing fit.  There was something about that wink, that smile, and the sight of my wife's friend touching her own breasts that triggered something in me.

"I need that drink," I said to my wife as she looked up at me all adoringly in her drunken state.

"You got it," she replied, smacking me on my ass as she let go of me and headed for the kitchen.  "I'm going to whip up something really special."

"Your famous margaritas?" Tanya yelled after her with real excitement.

"Hell, yeah!" my wife answered.  Leaning out from the kitchen doorway, she added, "I think it's just what this night calls for.  Don't you, Tanya?"

My head automatically turned quickly back to my wife's friend, whose tube top was more on my radar now.  Tanya raised her eyebrows and answered, "Sure does, sexy."  Then, she winked at me again.

My body froze.  What if my wife saw that wink?  What in the hell was Tanya trying to pull?  I could hear it now; I'd be accused of flirting with my wife's best friend when I hadn't done a damn thing.  It was the redhead that was eyeing me.  And she's the one that chose to wear that too-short jean skirt that left her tan thighs totally exposed and barely managed to cover her lady parts.

I suddenly realized my eyes were staring into the darkness within Tanya's skirt, trying to focus to the lack of light there as I tried to determine if she had room for any actual panties under there.  Just as quickly—I thought—I peeled my eyes out from between her thighs, but Tanya was staring back at me.

"I'm glad you decided to hang out with us, Dan," she said with a mysterious smile.

I let my body drop onto my recliner again and sink into the soft velour.  "Oh, yeah?  Why's that, Tanya?"

"I don't know," she said, shrugging her shoulders.  "Nothing."

The ear-drilling sound of our cheap blender roared from the kitchen, chopping ice and stirring tequila with who-knows-what-else my wife puts in her margaritas.  They were damn good though.  She practically convinced me to marry her because of those margaritas.

I watched Tanya pick at some invisible piece of fluff or something on the hem of her skirt, then suck down the rest of whatever was in her glass.  I followed the liquid down her slender throat, imagining it passing behind her breasts on its way down to her stomach.  She had a very flat stomach.  My wife didn't anymore, but she was still hot.  And I definitely didn't want her body drawing more men in her direction.  They didn't deserve her margaritas.

"Let's get the party started!" my wife announced as she reentered the room with two margarita glasses filled to the brim with bright orange, icy slush and rimmed with salt.  I love the way her hips sway when she's happy.

"This one's for my big man," she said, leaning down to hand me an overflowing glass and spilling a good amount of sticky liquid on my forearm.

I didn't care.  My mouth was already watering at the smell of all that tequila, and the view down my wife's t-shirt as she bent down was just as heavenly as always.  She has the most spectacular tits and the faintest spattering of freckles over her chest that kind of lead your eyes right down into her cleavage.

I sipped a big mouthful of tangy liquid from my glass, successfully spilling more of it on my lap.

"How do you get them so orange?" Tanya asked as she grabbed her own glass with both hands.

She was back from the kitchen in a flash, and all three of us were sitting around the coffee table again, sipping away.  My wife and Tanya looked so young with their legs drawn up underneath them on the couch and big smiles on their faces.

I was finally starting to relax.  My wife's margaritas are seriously potent.  And she didn't make them all the time.  I started to guess at the reason for the sort of celebration.  Maybe Tanya got a new job or a new boyfriend or bought a ThighMaster or something.

"So..." my wife started between swallows from her nearly empty glass.  She looked at Tanya in a peculiar way.

"So," Tanya replied, raising her eyebrows. 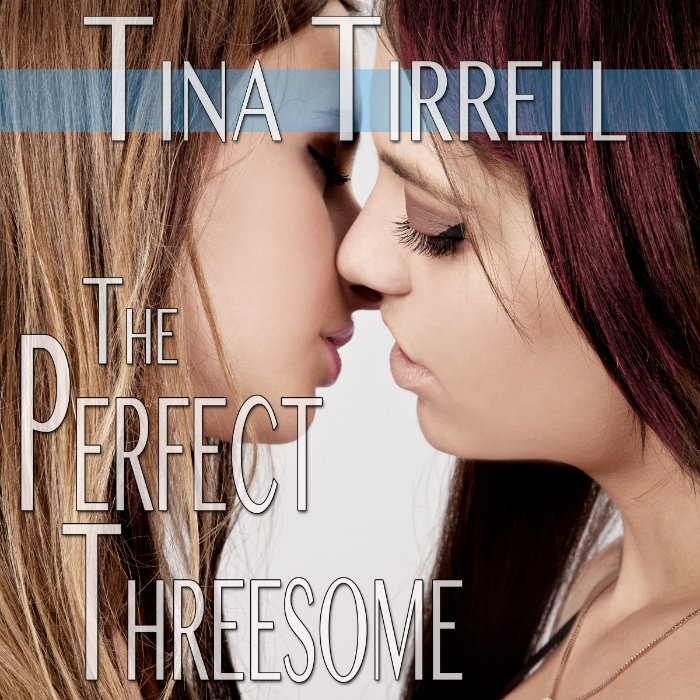 The design is brilliant: meathead comes home from work, finds his wife and her hot redhead friend blitzed. He wants peace, quiet, and supper, in that order. He doesn't get the first two, but, oh boy, does he ever get the third. "Dan", with his "greasy work shirt and Dickies" and crybaby demands for supper, is the perfect student for CEI. Eat up, Macho Man. :)

Tina Tirrell has written many stories from the male POV, and the first portion of this story is so convincingly done in that regard that one forgets (for *only* a moment!) that she's a she. She gets it. "I sat there ... staring at the two women snuggled up on the couch across the coffee table from me as the strange curiosities that they were. I realized in that moment that I truly would *never* figure out women. Impossible."

I haven't figured them out either, but then again, I don't worry about it; Dan, like most men, does. Therefore, he requires liquor: the wife brings out orange margaritas for the party. (Recipe, Ms. Tirrell?) Once Dan drinks enough margs to overcome his caligynephobia (look it up), the action begins, and it's red-hot and sustained, lasting for about two-thirds of the story. The descriptions of the ladies themselves, what they do to each other, and what they do to Dan, along with the BONUS fetish of orgasm-control, will be more than enough to arouse any man with working equipment. I also recommend that readers actually look at the subtitle and read the description BEFORE diving in: if your macho sensibilities are offended, try a different story. Ms. Tirrell has doubtless written something else more to your ... taste, if one will pardon the pun. :)

In any case, it was almost heartwarming to see our working-class hero learn something new to please his wife. Marriage is hard work: a man must be attentive to his wife's needs, no matter how much suffering he must undergo to satisfy her. Yes, even becoming a swinger may be asked of a man. Sigh. It's not easy being a man. ;)

Wait... what?  It's over?  I want more!  I still feel like I'm inside the story!  I don't know how you do it, Tina, but I feel like I'm living in YOUR world every time I read one of your books, and this is the best sex life I've ever had!