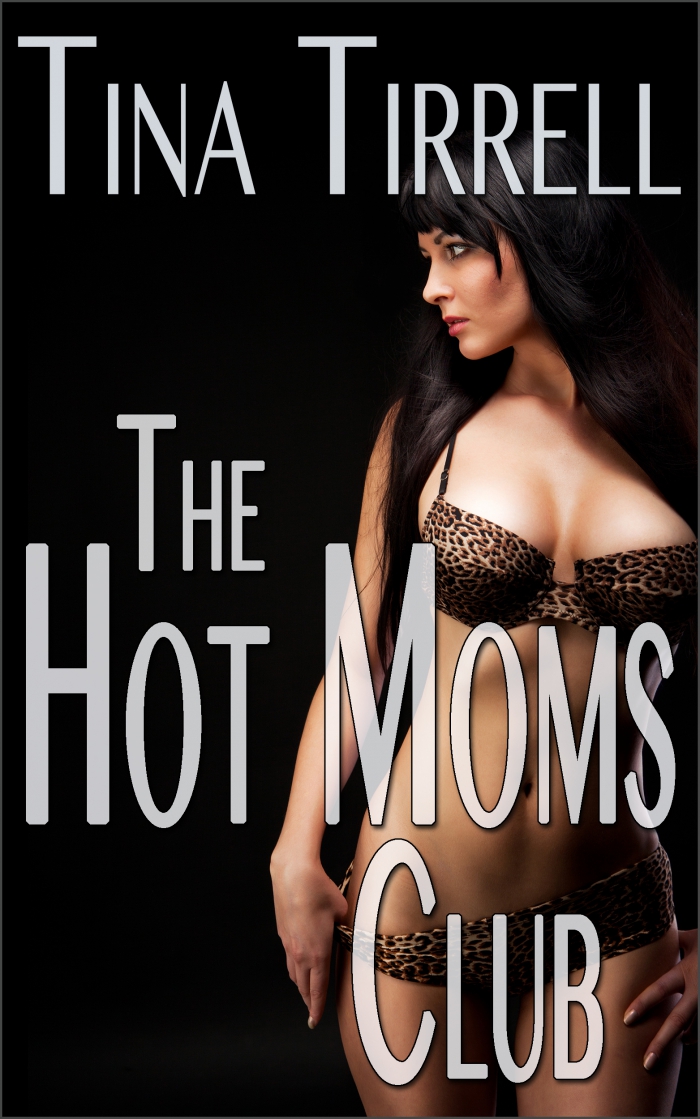 Book 1 of The Hot Moms Club

Not every young man has to deal with it, but those that do are the luckiest in the world.

Not every young man has to deal with it, but those that do are the luckiest in the world.

For Stanley Meyers, senior year at Sneid High comes with all the usual cool advantages and downright annoying responsibilities. In fact, his own best friends may be the most annoying of all.

Just when he needs them the most, when he's plagued with an impossibly mind-boggling predicament no 18-year-old should ever have to deal with, his friends Derek, Todd, and Colin all have a veritable party with Stan's embarrassing "issue" at home. There's a new woman in his life: his dad's new wife. And she's more than he can cope with, considering how much his hormones are raging.

But being the brunt of his friends' teasing is something Stan's learned to take in stride. And his taboo confession actually ends up relieving much of his extreme tension as of late. In fact, not only does he learn to relax about the issue, he learns that all of his friends have to deal with it too. All four of them are afflicted with what could be considered the biggest possible misfortune—until they realize it's actually the most fortunate situation of all.

And thus, The Hot Moms Club is officially formed... against Stan's better judgment but much to his extreme advantage as he's about to discover.

The adventure is just beginning—the rewards of club membership are just coming to light—as Stan finds himself suddenly learning to appreciate the older woman in so many enlightening, fully gratifying ways.

....  It came on suddenly.  Totally unexpectedly.

My dick swelled so fast, I thought it was going to rip right through my shorts.  Right in front of her.

And that was just the first time my mom made me hard.

After that, I stopped counting.

No, definitely not.  And that's not the kind of thing you tell your friends either.

Derek had met her just once.  Right after Dad married her, confirming he and my real mother would never be getting back together.  I used to call Carolyn by her first name, when she and my dad were dating, but they had managed to retrain me to actually call her "Mom."  It felt a bit weird, but it made them happy.

"Come on, Stan the Man, we don't have all day.  Did she finally turn psycho or something?  They all do, you know."  He inspected the shoulder strap on his backpack as if it was more important that what I needed to tell him.

"No, she..."  I began to wonder if it was even possible for me to describe the excruciating torture I was going through at home.  Almost everyday.

Derek looked up at me, forgetting his backpack.  "Is it that serious?  Do you need the school shrink or something?"  That creepy smiled worked its way across his lips.

"I'm sure it is, but if you don't spit it out soon, you're gonna have to share it with the Toad too."

Todd was lumbering in our direction, already fidgeting with his glasses and smiling much more than Monday morning called for.  Predictably, he was in another stained polo shirt stretched over his jiggling belly.  He kinda looked like a 40-year-old trapped in high school.  But with more hair.

"The timing that kid has."  I had about four seconds to get it out: "My mom turns me on!"

"What?!"  Derek's mouth dropped open, and his backpack slung over one shoulder slipped to the floor.

"Hey, guys!"  Todd was an anomaly, a kind of mystery of science.  We wondered if he ever had any friends outside of school—and us.  He was always eerily excited to see us.  "What's happenin'?"

"What are you?  From the eighties?" Derek sneered.

"The one about wanting to fuck his mom."

"What!"  Todd's bulbous eyeballs looked particularly frog-like at the moment, especially when magnified by the thick lenses of his glasses.

"Hey... the gang's all here.  What a sorry bunch of faces.  Ready for another awesome week at Suicide High?"  Colin thought he was the one who originally thought of the nickname, somehow forgetting that we all heard that from the upperclassmen on our very first day at Gregory P. Sneid High over three years ago.

"Oh, not you too!"  If only I'd shared my agony with Derek sooner, before everyone else showed up.

"Cockhead, don't you ever get tired of saying the same shit every week?" Derek asked in the most serious tone.

"No," Colin answered through his Ken doll, impossibly white smile.

Then, he did that head-jerk thing that swung his tousled, shaggy blonde hair out of his eyes without using his hands, and we all groaned.  You could set a clock by his pretty boy ticks.  The three of us wondered if good-looking jocks are taught that at birth or if that habit is passed through their genes.

"Stan has a thing for his stepmom," Todd blurted out.

"What!" Colin's blue eyes glared at me, the smile never leaving his face.  "Dude..."

"Oh, come on!" I shouted to everyone at once.  "Can't I just share something with my friends and it not be turned into some disgusting joke?"

"Asshole," was my one-word response.

"Come on, what's the deal then?  You got mommy issues?" Colin added.

"No!  If anyone should have 'mommy issues', it should be you."  I only said what everyone else knew: Colin was the one with a supermodel mom, an actual supermodel, rich, famous, impossibly young looking, the whole deal.

"Yeah, true," Colin admitted surprisingly.  "But that doesn't mean I wanna fuck her."

The jock could always shut up the geek immediately.  It was just nature.

"All right."  I gave up.  "It's time for homeroom anyway.  We're all going to forget about this, and never mention my mom again."

"Thanks, guys!" I yelled as I slung my own backpack over my shoulder and started to walk away.  "You've been great."

Once again, Derek prompted me to flick a backhanded fuck-you gesture at him.  Reaching homeroom one minute later was a huge relief.

"Are you gonna tell me about the hot sex with your mom or what?"  I knew I shouldn't have said a single word to Derek that morning.  Even after a whole day at school and the usual antics, Derek was nowhere near forgetting what I mentioned over six hours earlier.

Thankfully, it took about seven minutes to drive from the school to Derek's house; I only had to keep him at bay that long.

"Fine.  Deal with your own problems," Derek continued.  "Turn into just another white guy with mental issues who spends the rest of his life paying for therapy."

"I don't see why.  I've been your friend since we were five.  You've never kept a secret from me.  Not that I know of anyway."

"No, I haven't.  But you've never been able to keep a secret either."

"True.  But that never stopped you from telling them."

I couldn't help it; I had to laugh.  He was absolutely right.  There's no way I'd really be able to keep this secret either.

"Okay, you know I'm going to tell you.  But can we not talk about it with Todd and Colin?  For a little while anyway?"

"Are we talking weeks, days, or hours?"

"Oh, forget it."  I took a deep breath as I rounded the last turn before reaching Derek's house.  "All that happened was... well, it's happened a ton of times, but..."

"Yes, the doctor is listening." 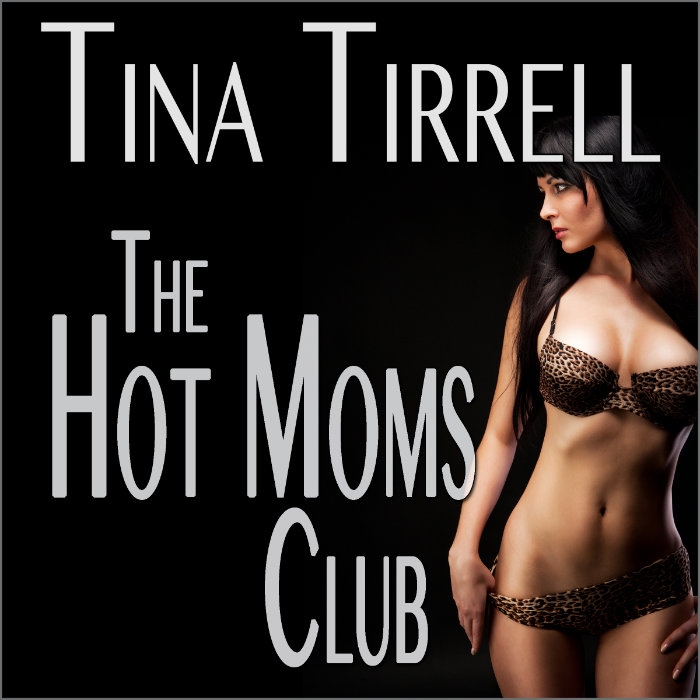 "... Derek chimed in, coming alive with his sudden idea. He didn't get them very often."

"Yes, *hot moms*. I was beginning to see the light, to embrace the concept. We were our own kind of subculture: those of us plagued with unjust stimulation right in our own homes ..."

The unjust stimulation with which Ms. Tirrell's quartet of young men are plagued derives from the bevy of 20-somethings whom their fathers have married. In an almost defensive gesture, these high school seniors form a "Hot Moms Club" as a recognition of the tyrannical sexiness from which they cannot escape, sexiness that dispenses muffins, prepares french toast, and throws industry parties for themselves. What's a boy to do? Well, Admission Is the First Step. Which is alien to me, but then I grew up in a working-class environment where if you talked lasciviously about my kid sister -- let alone my mother -- I'd assume you thought you had too many teeth and required me to knock a few out for ya. Clearly, Ms. Tirrell's boys, trapped in their decadent milieu of Sherman Oaks or Calabasas or Beverly Hills -- somewhere adjacent to Dante's Ninth Circle of Hell, in other words -- have been obliged to move beyond such petty defensiveness and embrace the (step)familial hotness under which they burn.

This tale is a comic-erotic masterpiece. The characters (especially Derek and Todd), the situations, the sparkling dialogue that captures bros being bros, the dead-pan prose, even the premise itself, are guaranteed to make you laugh even as you get increasingly turned on. One of Ms. Tirrell's better books, which is saying something. Far be it from me to start giving orders, but, um ... Ms. Tirrell? Get to work on Part 2, please. :)

Another well written tale by Tina. I had a different idea what the story would be, but I'm glad I was set straight. This time, she tinkers into the world of taboo. Tina does a good job with Stan's growth through this story, as to have Stan's taboo problems taken care of during this tale is something that only Tina can do.  Also, she has an understanding on what guys that age goes through when that situation comes up. This also begs the question, why weren't any of these clubs around when I was younger?