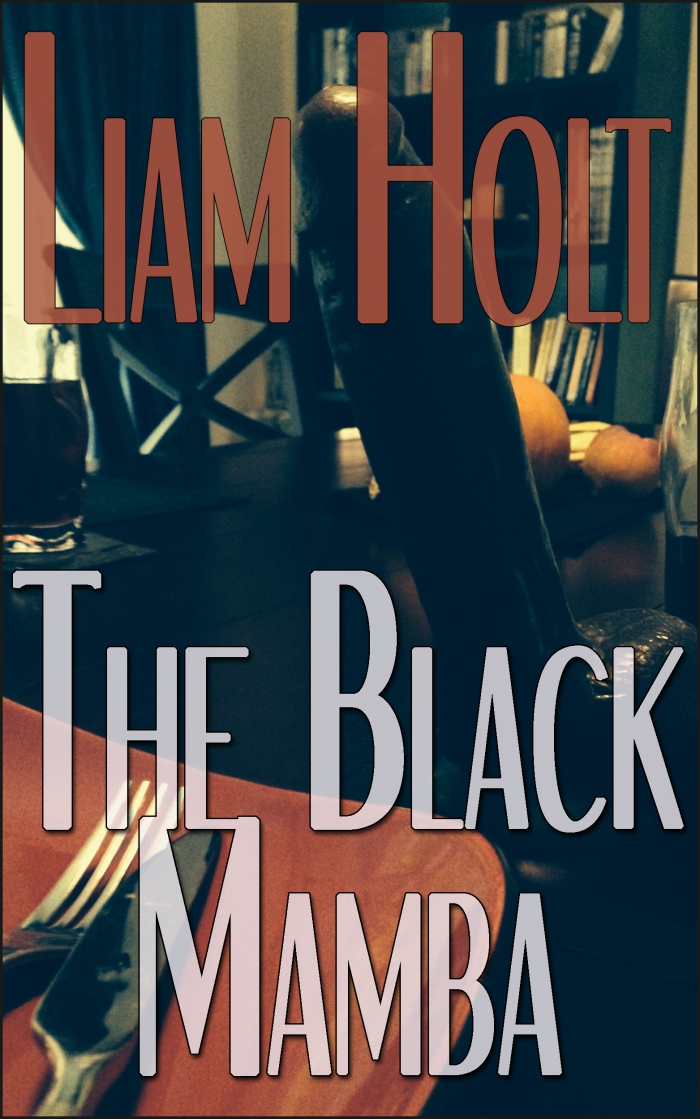 a Short Tale of Love & Longing

Risk-taking in a fading marriage is well-rewarded and love does conquer all—in a way least expected but most fulfilling.

Risk-taking in a fading marriage is well-rewarded and love does conquer all—in a way least expected but most fulfilling.

Drowning in the depths of a failing marriage he deeply mourns, Harry remains a doting husband determined to revive his relationship with his wife Samantha, the woman he still adores, wholeheartedly loves, and feels a desperate desire to prove his manhood to. Tested by childlessness, the fun, excitement, and intimacy that first drew the formerly passionate lovers together has long been stolen.

Finding himself uncomfortably out of place in a seedy adult shop, Harry barely manages to escape his agony with a particularly enticing adult toy--a rather large one that seems to symbolize masculinity itself to the despondent husband. Driving home, Harry refuses to entertain the possibility that he may be idly imagining the provocative, oversized object can fulfill all of the hopes he's placed upon it and succeed in renewing the intimacy once shared with his beloved wife.

Hidden in their bedroom upstairs in a frantic frenzy, the intimidating toy looms over the couple as they share another silent meal. Harry's mind wanders, distraught, anxious, and still hopeful, as he daydreams of the moment he employs the toy on his unsuspecting wife, much to her profound gratification. When the table is cleared and the couple readies for bed, Harry longs to touch the woman he loves so dearly and finds just as beautiful as the day he met her as he struggles with the pressure of his intended performance and introducing her to the new addition to their nonexistent sex life.

The first touch is all that's needed to shatter the torturous distance between them and allow the love and affection between Harry and Samantha to reconnect in a way they haven't for so very long. As their passion grows and the kernel of shared hope is rekindled, Harry is handed everything he's hoped for in a way he couldn't possibly predict as Samantha proves to be full of surprises he'd long forgotten she's capable of.

....  Harry’s hand twitched as it slowly rose.  His fingers tentatively pointed toward the object of his desire.  It didn’t matter if anyone was watching or not.  After all, whatever might be running through their imaginations at that moment had to be more flattering than the reality of Harry’s prudent existence.  All that mattered was taking one step closer towards validating his desire to bridge the gap between the man he was and the man he wanted to be.

As the tips of his fingers nearly touched the casing, he was bumped abruptly by another shoulder butting against his.  The Black Mamba leaned forward as Harry’s round fingers jabbed the box.  It rocked backward, hesitated, and then arced forward into a swan dive towards the cold tile floor.

“Ah, sorry, man.”  The man with the overgrown facial hair had neglected to watch where he was going while gawking at the cover of the latest issue of Gent.  He nearly stepped on the Black Mamba that now laid precariously, still prominently centered in its protective packaging despite being suddenly dethroned.

Harry had to touch it.  In his hands, it was closer to him than it had ever been.  The anatomically correct masterpiece felt more a part of him, designed with his own needs in mind.  Its fully engorged, ten-inch length of smooth, black rod was heavy, prominent.  Through the marred plastic film, he traced the blue-black veins webbed around the mass, imagining its pulsing throb as if it was his own tool.  He was overwhelmed by its masculinity and the implied strength in its girth and weight: the depiction of proficiency.

For a moment, Harry beamed with the unfamiliar feeling of self-assurance.  As if in a trance, he caught himself walking towards the pay counter without replacing the implement on its designated shelf.

“Naw, that can’t be right! You’re actually buyin’ somethin’ this time, man?” The clerk behind the counter smiled exaggeratedly.  He noticed Harry’s unaltered blank stare and fingered the cash register.  “None of my business.  I’m just happy for you!” He didn’t say another word.

On the drive home, the Black Mamba, still encased in brown paper, sat upright in the passenger seat.  Harry had actually considered buckling it in for further protection before he snickered at himself and shook his head.  Damn expensive toy.  That was nearly four hours of wages, but he felt every penny was worth it.  And then it dawned on him.

He looked over at the conspicuous package seated next to him again.  He couldn’t very well stride right in through the door with it.  .... 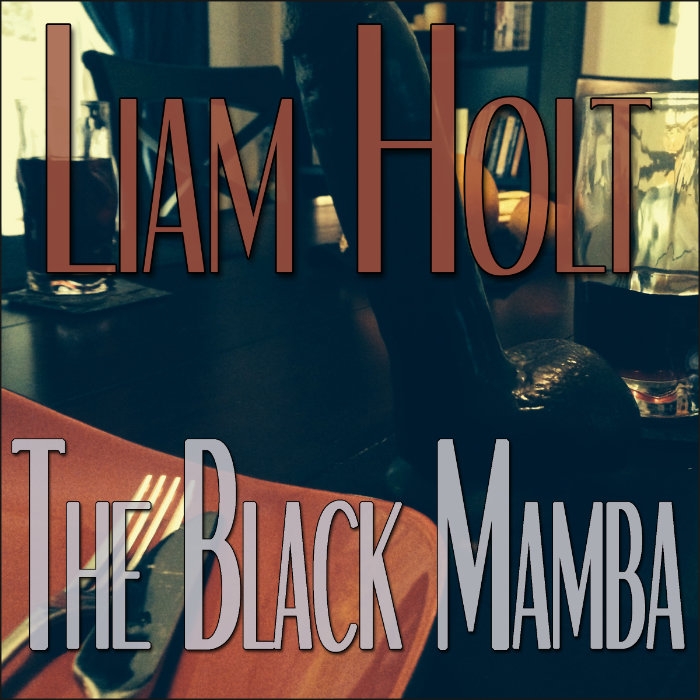 The twist ending won't really be a twist if you're paying attention. Mr. Holt sprinkles clues to it all over the first chapter in the sex-shop. The names of the magazines, the focus on the descriptions of other men in the shop ... and, of course, the Black Mamba (classic) itself. Holt clearly has spent time in such places -- the description of the place rings true. I should know because I spent much time in combination head-sex shops myself, a million years ago in my flaming youth (strictly drug paraphernalia, my darlings).

Not much "happens"; the story follows interior paths, mostly within the head of "Harry", a man of indeterminate age (probably 30s or 40s). His marriage to Samantha is in numbed stasis, if not actually faltering. Harry and Samantha are childless. They're not glamorous -- he's more or less a schlub, she's a little overweight. They're like you and me, in other words.

While Mr. Holt doesn't dwell overly on it -- this is a short-story, after all, and it needs to get to the point quickly -- he does reveal the contours of a purposeless marriage. Most marriages are enjoined in the business of raising children. Those that are not often find other purposes. But a purpose to the partnership is required. What happens when there is no purpose? Often a marriage becomes "companionate": polite, almost wordless (a description of dinner here is aptly almost dialogue-free), and usually sexless.

5 out of 5. Brilliant -- one of the best-written pieces of erotica I've ever read.

Okay, I just have to say that I LOVE this couple! ...the married couple in The Black Mamba. It was an intense read. I have never been sucked right into a story, made to really feel for the characters and their inner struggles and needs (and desperate desires), find myself cheering them on, and then, actually surprised by the ending. Not in the genre of erotica before!

The way Liam Holt describes her characters and dares to write about a LOVING married couple which happens to be a bit OLDER than the youthful characters you usually find in erotica (do the young authors just think nothing sexy happens after 30??) just impresses the hell out of me. And this man has real talent, real heart, as well as those naughty notions you want in your erotica authors. Like I said, the ending of The Black Mamba actually surprised me! Reading it will make you feel, make you cheer on the characters, make you laugh, and maybe even make you gasp.

I'm so thrilled to have discovered Liam Holt's brand of literary erotica.  I love the details of his storytelling, the gravity of the character relationships, and just the right amount of sexual explicitness.  Naughty and nice in the perfect amounts!

Wow.  The surprise ending really got me!  I love how real these characters are, Liam makes you feel like you're right in the room with them, all that discomfort and anguish, until the GREAT ending.