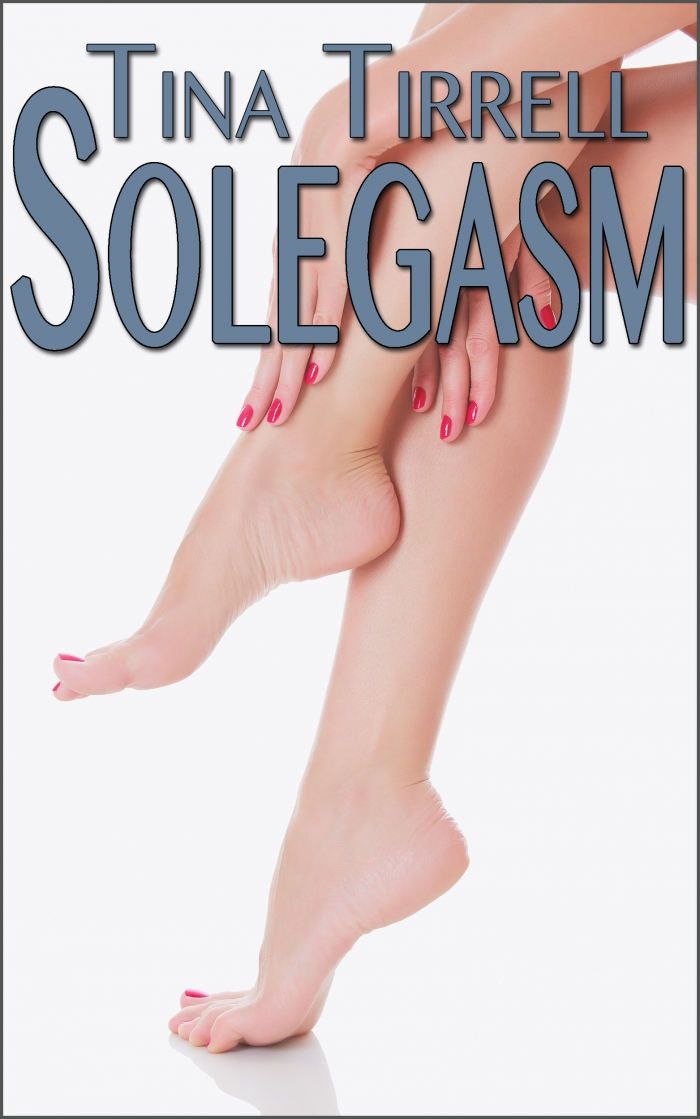 Feminine feet are the sole key to ultimate sensual fulfillment for the men who love them and the women who are blessed with them.

Feminine feet are the sole key to ultimate sensual fulfillment for the men who love them and the women who are blessed with them.

She's his girlfriend, she's full of surprises, she's brimming with sexual appeal, and she knows just how to cater to his most poignant fetishes and foot play desires as she suddenly stimulates him in the ultimate way. She's the One.

She wakes to find her tender soles uncannily stimulating. Her feet themselves are achingly sensitive and unrelentingly arousing. Every subtle movement provokes yet another wave of out-of-this world delight, and she can't help but explore the intense pleasure they're suddenly capable of—and how to cope in her day-to-day life with her two new and most acute erogenous zones. When she dresses carefully for a special date, her former fantasy of this being "the night" with her new boyfriend is threatened by the newly developed change in her sexuality. How will he react when it's all too obvious to him that she's unavoidably inclined to Solegasm with the slightest touch of her feet?

....  We like to meet up in a hotel room downtown for a lunch-hour quickie.  In that casual and sometimes impromptu atmosphere, our most creative sexual selves come out to play.  Sometimes we’re strangers meeting for a one-afternoon stand after spotting each other on the subway.  Or Claire is a high-priced call girl who manages to teach me new tricks while granting me every service I’m willing to pay for.  I can’t ask for more from a lover, but I’m always hoping for more foot play.  And Claire managed to knock my own socks off just last week.

I was waiting alone in the hotel room, still fully dressed in the usual suit and tie and eagerly anticipating our routine rendezvous.  When I heard Claire’s key in the door, I didn’t budge from the bed.  I waited to see which character she’d be playing this time.  When I first saw the severely pointed toe of a new pair of black satin heels step through the doorway, I knew I was in for a real surprise.

I tried to sit up and greet my girlfriend, but she signaled me to remain seated at the end of the bed and stood before me in silence.  I took in the leggy sight of her, all 71 inches.  A crisp, white skirt suit clung to her slender body and olive skin, baring her legs from mid-thigh to ankle.  My vision slid down her tan legs to those new shoes: stilettos, the epitome of a foot fetishist’s fantasies.  Claire’s were heeled with just a sliver of polished stainless steel, propping her up another five inches.  I was in love.

She lifted one knee and rested one stiletto on my thigh for closer examination.  That dangerously pointed heel of steel was so near my crotch that I was, well, excited.

My dick perked up as Claire balanced on one of those remarkable shoes while running the toe of the other in circles around my crotch.  Her perfect ankle didn’t look fragile to me anymore.  I watched the soft tint of the veins just under the skin reveal her foot’s strength.  That foot had real purpose, and I watched as the stiletto slid right off of it and fell to the floor.

Claire’s bare foot remained on my lap and then traveled up my chest to give me a gentle shove backwards.  I was suddenly lying on my back with my legs still hanging off the foot of the bed, and Claire was pulling the desk chair towards me.  She left it at the end of the bed, just a couple feet away, and sat herself in it with legs crossed at the knee.  I quickly propped the bed pillows beneath my head for a better view of her lovely self.

“Mmmm-hmmm,” I answered with a nod and lascivious grin.  “I love that naked foot of yours even more.”

Claire returned a confident smile and lifted her leg once again, pointing her foot towards me.  This time, she wasn’t coy.  She separated her legs in promiscuous fashion, providing me with an explicit view.  I could just glimpse white lace pressed tightly between her legs.  My dick grew even more stiff.

I barely detected a giggle as it escaped from Claire’s lips.  She was beaming.  Her eyes sparkled with the pleasure of pleasing me.  She knew what she was doing; she had it all planned out.

“Relax, darling,” she whispered.  I did.

Her bare foot rested on my lap again, warming my crotch and brushing up against my hard dick.  She caressed me through my dark slacks, played with the tent in my pants, and tweaked me with her shapely toes.  I was in heaven.  .... 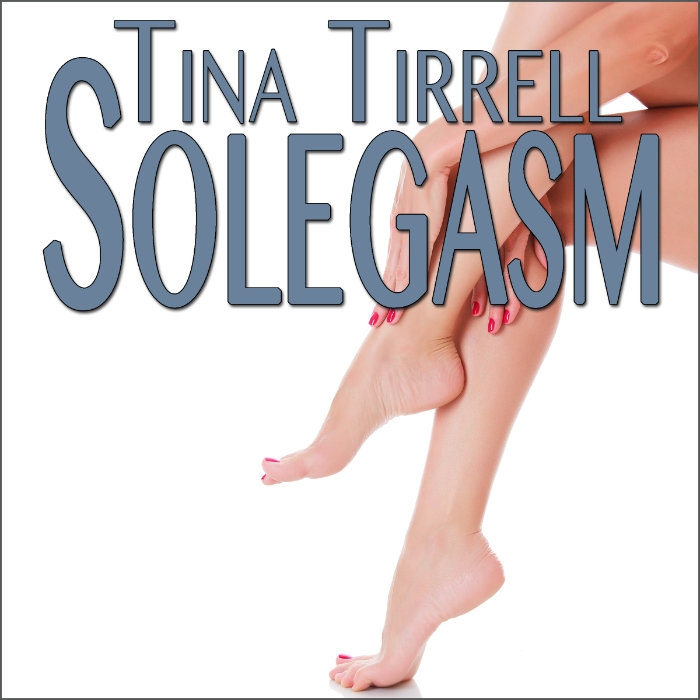 Divertimenti on the world of foot fetishism from the incomparable Tina Tirrell.

1) "She's the One" -- A man lingers in a shoe store, ostensibly shopping for a girlfriend (nonexistent), and meets Claire, who's on to him at once. The male narrator explains: "Something beautiful was created from that first encounter, and we've had a mutually supportive relationship and special respect for each other ever since." Lucky man. I gotta find these creative, free-spirited gals. ANYway, relationship established, the narrator goes on to describe his most recent encounter with Claire in a typical quickie lunch-meet in a hotel room. Ms. Tirrell fashions a thoroughly satisfying erotic encounter, all the more satisfying for me, given that I'm not really into this particular fetish. (Or so I think. I don't even know what I'm into anymore.) The hilarious coup de grace? "I want you to christen my new stilettos."

2) "More than a Pedestrian Confession" -- I continue to marvel at my naivete in the world of erotica. Apparently there's a computer game that models itself after Trivial Pursuit, except it's Sexual Pursuit. (Unless Tina Tirrell totally made this up, in which case, she's a genius.) The game asks a loving couple to indulge in foot fetishism if the next trivia question is not correctly answered. The bf gets it wrong; the pair are a little unsure -- they've not done this before -- but he's finally compliant. Ms. Tirrell gives the game away, however: "... few things are better than watching a man submit ..." -- Ha HA. We begin to perceive the woman's side of the foot fetishism equation. (This one's narrated by the gf.) I've always suspected that this is generally true for women when it comes to sex with a man. Sure, there may be times when she likes to be "manhandled", but I think that, for the most part, ladies have always enjoyed male slaves. If Ms. Tirrell doesn't convince you, try Renaissance writers like Petrarch (all those poems about "Laura"), Shakespeare (the Sonnets especially) and Spenser (in his case, it was Good Queen Bess Herself). They had a lot to say on the subject of their own erotic subjection, a subjection not particularly disputed by their mistresses (certainly not by Elizabeth R!).

3) "Solegasm" -- But in the second female-POV on the erotic power of feet, Ms. Tirrell turns the tables the other way: a young woman wakes up one morning and discovers that the soles of her feet bring her to fulfillment, uncontrollably, incessantly. The woman is now the slave -- to her own feet. Later, she confesses this dainty problem to her bf, who admirably takes control of the situation in a parked car. As always, Ms. Tirrell is finally excellent in the way a writer of erotica needs to be: describing the sex itself. Perhaps more impressive is her pretty convincing description of the young woman's transformation at the beginning: "It started as the tiniest feeling, almost like an itch that just wouldn't go away. It kind of fingered its way from the center of the sole of my foot and spread outward ..." and so on. This happened to me once when I was a slovenly young man, but it turned out to be athlete's foot. :P

This small collection, along with the author's excellent "Under the Table", turned me on with a subject I thought I had little use for. If I may pilfer from Rod Serling, creative artists like Tina Tirrell have the keys to unlock the doors of our imaginations. The main purpose of art is to give form and structure to the human experience; its secondary purpose is to expand our definition of that experience.

Mission accomplished. 5 out of 5.

This is a very exciting compilation of short stories for persons who find attractive female feet sexually arousing.

Like Tina's other foot fetish story, Under the Table, this one definitely delivers and has three different stories. All three are short and sweet (two of which are from the girl's perspective), and are very well written!

Hot, hot, hot!  I love that there's a new author writing stories about the biggest fetish and turn on out there that's so often ignored.  And Tina can actually write brilliantly!  And the sex... WOW.