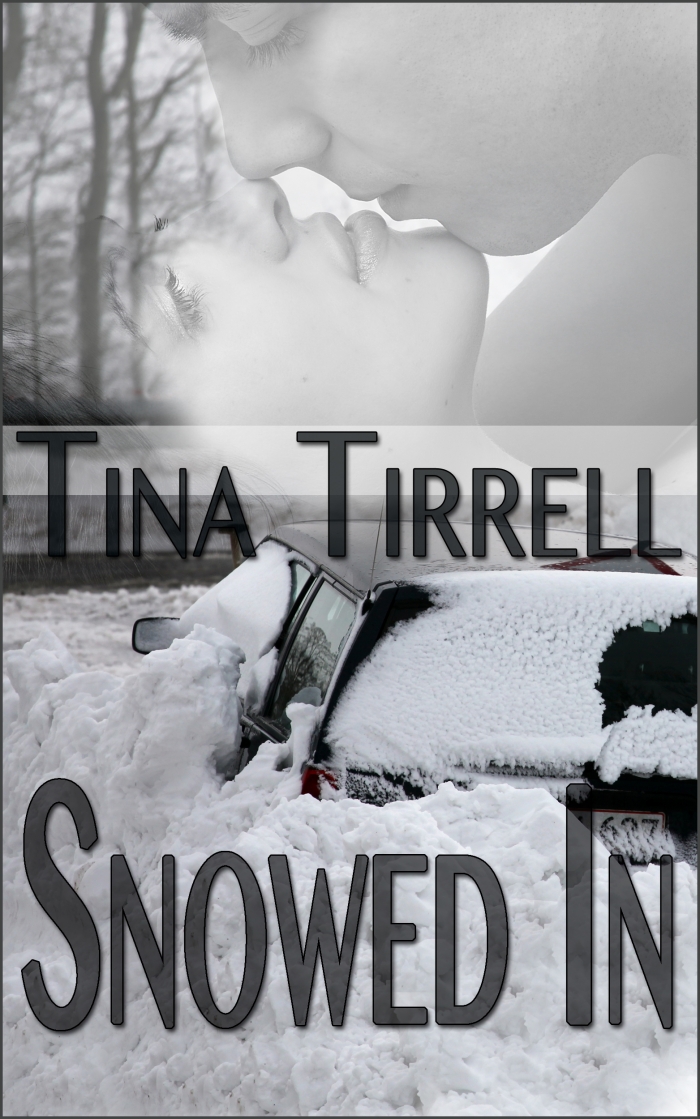 Trapped Inside Their Snow-Covered Car on a Lonely Road, Their Very Survival Demands Intimacy That Develops Demands of Its Own

Trapped Inside Their Snow-Covered Car on a Lonely Road, Their Very Survival Demands Intimacy That DevelopsDemands of Its Own

Looking forward to a hot meal and the warm company promised by the long drive to a relative's home on a winter's night, Lisa and Luke never expect the next snow storm to hit sooner than predicted. When it transforms into a full-blown blizzard, Lisa's parental instincts kick in and demand that she find a safe place to pull off the road and wait out the threatening weather conditions.

Luke's youthful impatience and tendency to dwell on the negative aspects of their sudden predicament are easily quelled by Lisa's nurturing demeanor and constant reassurance. Their friendly banter and familial joking soon return... until the weatherman's radio report confirms their biggest fears and leaves them no choice but to come to terms with their entrapment in the confined space of their compact car on a country roadside in the black of night.

Without the slightest cell phone signal and knowing the importance of conserving the car's fuel, Lisa and Luke relent to their winter surroundings as the cold begins to seep in. It's soon obvious that the only way they can stay warm—the only way they're guaranteed to survive the night—is by lying close together in the backseat as their exhausted minds finally allow them to fall asleep.

What happens next, no one could have predicted. No one would have dared.

When two bodies lie so close, when the situation is one of survival, when fear and the desperate, subconscious seeking of assurance drives their dreaming needs and necessitates certain irrevocable urges, a young man and the older woman he holds in his arms to warm can't possibly be held responsible for their actions... for where their bodies—and nature—leads them.

....  "I think we're both going to be hurting by the end of this.  Imagine how sore we're going to wake up in the morning after being all cramped up and smooshed together."

"In the morning?!  I'm still hoping we're out of here long before that."

"Right, right.  Yeah, I hope so.  All right, can you reach the coats and spread them over us?"

"You kinda crushed me."

"Can you move your coat down over my feet a bit more?"

"Perfect.  I feel warmer already.  How are you?"

Luke reached around his mother once more, laying his heavy arm over her side and her arms crossed over her own chest.

The words sounded strangely serious, worried, to Luke.  "I... love you too, Mom.  It's going to be all right.  Are you warm enough?  Just try to sleep now."

"I think I'm halfway there already," she said, followed by a long sigh.

"I hope we hear the plows come through."

"Or wake up when the storm ends."

"Sorry," Luke tried to whisper.  He felt the calming, gentle rise and fall of his mother's chest as she breathed, carrying his arm with it.  Cradling his mother reassured him, like being cradled as a child himself.

Luke's mind began to dwell on the fact that he didn't dare move for fear of waking his now sleeping mother.  He couldn't believe how she managed to sleep under the conditions so easily.  He took it as a compliment.  As he grew older, he realized more and more how a mother-son relationship isn't just a one-way relationship.  Sometimes, a mother needs her son like he's needed her.

Luke's hand squeezed his mother's upper arm as it laid across her chest, trying to continue to reassure her, warm her.  His eyes closed, he tried to ignore the way her hair tickled his nose.  He didn't dare move to brush the subtly scented strands away from his face.  Every time his own nose drew a breath, it filled with her scent.

He felt calm, peaceful, definitely warmer.  And he started to gently fall asleep.

The blizzard continued to blow, confronting the car with a heavier encasing of crystalline snow.  Covering the windows, the snow shrouded mother and son in total darkness.

Lisa's chest rose and fell with the rhythm of the falling snow; Luke's breath fell upon her neck, warming her steadily, bringing life to her dreams, depth to her sleep.

Luke's sleeping self squeezed his mother tightly against him.  Lisa subconsciously inched closer to him, filling every angle of his lanky teenage body with her feminine curves.  Their bodies nestled together, naturally fitting one another.  Soon, they were breathing together.  Moving together.

The snow continued to fall.  The night air outside their small shelter from the storm grew colder as the interior of the car grew gradually warmer, lightly humid.

In their dreams, mother and son separately visited warmer places, relaxed in the comfort of ideal conditions, relented to the rhythm of sound sleep.  Her body inched subtly; his conformed.  His adjusted; hers followed.

Luke's breathing grew heavier, deeper, its hotness warming Lisa to an almost blissful comfort.  A strand of her silky hair slipped down from his cheek; his face nestled into the curve of her neck.

The frailest sound, the most gentle of whimpers, slipped between Lisa's slightly parted lips.  Sleeping Luke burrowed beneath his mother's sensitive earlobe, prompting the most delicate gasp between her slow breaths.

They succumbed to the reassuring warmth, breathed in the dampness of their mutual breath.  Together, they intertwined, nudged and pressed, sensed and soothed.

Luke grew hard.  Modestly, at first.  Then, with irreversible insistence.  .... 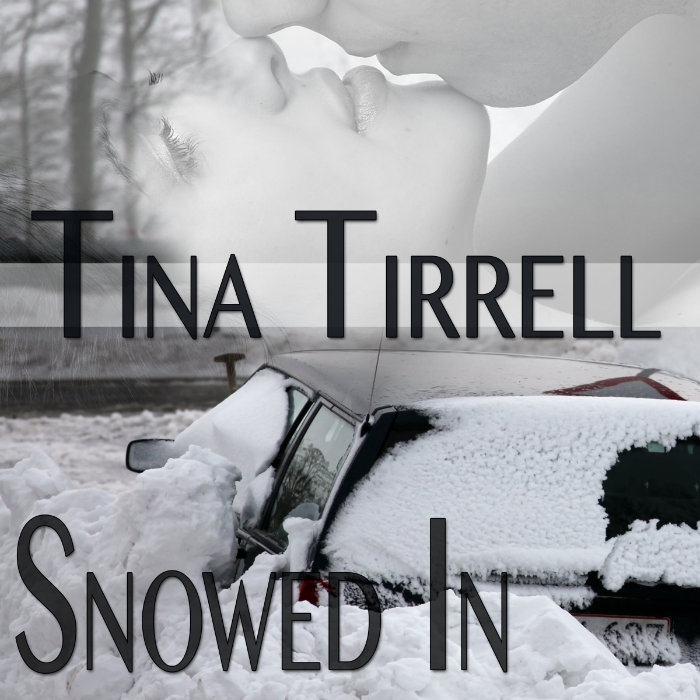 A great writer makes it look easy. Born with a talent for processing the rhythm of real-life dialogue and then replicating it on the page, a great writer takes us out of the artificial act of holding a book or an electronic device while reading and puts us right in a scene. Witness a couple examples from Tina Tirrell's "Snowed In":

" 'It's so beautiful,' Lisa declared as she peered over the car's steering wheel and through the windshield. 'It's awfully romantic. Like a scene from a movie.'
'I guess," Luke managed to reply, never lifting his gaze from the screen of his cell phone. 'You know, there's no signal out here.' "

"[Luke]: 'I think the flakes are getting bigger. Yep, one just landed on the windshield. It's huge!'
'Aw, you *are* still my little boy!'
Luke pulled his body upright in his seat again. 'Oh, stop it. Let it go.' After a moment, he mumbled, 'snowflakes are cool.' "

Luke has evidently wandered in from a Bret Easton Ellis novel. :)

Lisa and Luke are driving on a snowy Midwestern night to an aunt's house. They don't make it, as the snow forces the heroine to pull over and wait it out. You *could* imagine what happens next, or you could simply read it for yourself. It's very much worth it: Ms. Tirrell will occasionally swing for the fences with her fiction, and she hits a home run here. She takes the time to describe the natural setting (the first paragraph is evocative); she lets the characters reveal themselves through dialogue rather than through unnecessary exposition, and, most impressively, she makes a pretty Herculean effort to describe a complicated physical scene in the back-seat of the car in which the characters are trying to arrange themselves comfortably for a nap. A tedious task for the writer; a rewarding visualization for the reader.

And the payoff scene is long and slow, intense and hot, beginning in sleep and crescendoing to waking fulfillment -- perhaps the best such scene I've read from Ms. Tirrell thus far.

5 out of 5 -- carefully constructed, brilliantly executed.

Well written sequence, excellent pacing, powerful imagery. Only wish it was longer!  Quick note, the characters are not described too thoroughly, so as to allow the reader to fantasize about the specifics. I appreciated that, myself!

Only Tina Tirrell can make two related family members so naturally, erotically, join together in a compelling and believable matter.  This is the most intense erotica ever!

I loved the intense buildup, I love how you combined suspense with my favorite taboo theme!  You're daring, Tina Tirrell.  I'm addicted to your style!