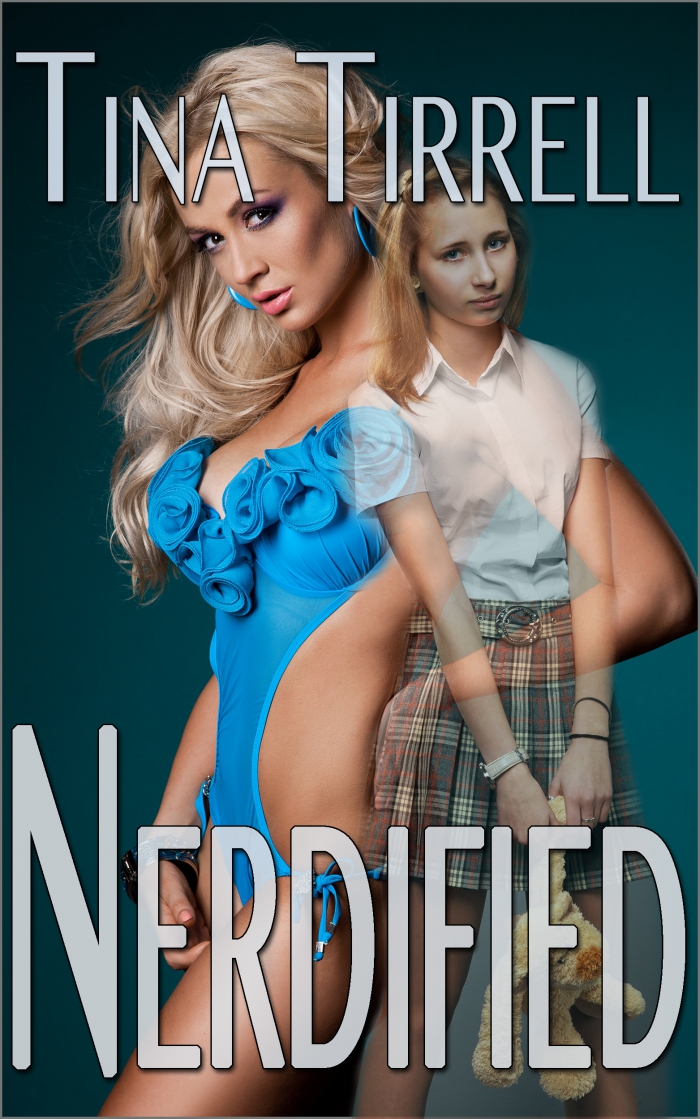 Book 1 of Nerds Rule the School

Patrice should be proud of graduating to the freshmen class of Lakewood High. She should be excited about the new friends she'll make, the older boys eager to ask her out, the parties she'll be invited to. But no, that's not the high school experience that awaits her. Not at all.

Patrice is a nerd. Patrice has an instant arch enemy.

Her name is Becky Worthington, and she's not only the prettiest girl in school with a way of getting everything she wants or could ever hope for, she's the most relentless bully that ever existed.

From the very first day that Patrice sets foot on the grounds of Lakewood High, her life is pure hell. She's taunted, ridiculed, and reminded—every single day—just why she's so regretfully different. Worse yet, her tormentor is fueled by an annoying affinity for Starbucks; she never runs out of steam. While beautiful Becky flaunts her privileged life all over the school, Patrice grows all too familiar with what it's like to feel true hatred.

How ironic it is that Becky herself—essentially—is the inspiration for Patrice's sudden good fortune in the form of a brilliant scheme: an evil plan for the Princess of Lakewood to fall from grace.

It's all just a dream, just a wild idea. Not even Patrice can guess just how her farfetched idea will perform or if it even will. The fun part is that she doesn't even care.

What ultimately unfolds as Becky unknowingly contributes to her own downfall, Patrice could never have guessed. And Becky would never expect in her wildest imagination... even if she was smart enough.

One Girl's the Biggest, Baddest, Blondest Bully at School - One Girl's Too Smart for Anyone's Good

....  I had Becky Worthington to thank for being my inspiration.  She was my archenemy and the catalyst for the week that would change my life forever.

If there was a chance that I wasn't totally committed, if I was remotely hesitant to turn my profound notion into something tangible, all that doubt disappeared immediately when I found Becky making out with some guy that just made the Lakewood Lions football team.  Right after organic chemistry.  Right when all I wanted to do was grab my books and lunch bag and go home.  Right against my locker.

I swear I could see the sheen of his saliva all over Becky's dimpled chin.  One of his big paws was squeezing her butt cheek, the other held the back of her head to keep her face smashed up against his.  So disgusting.

She was actually letting out little soft moans—they sounded so fake—while he breathed heavily all over her neck and mouth.  I hated her more in that moment than ever before.  There wasn't anything she wasn't perfect at—even if she did succeed by cheating—no one she couldn't win over, nothing to stand in her way of having the perfect life.

No one but me.

I suddenly had a mission.  Kind of like a purpose for being born.  My brains were developed to bring down the evil in the world, even if I was the only one who could spot that evil while everyone around me was just in love with it.  Even if the evil was just one stupid blonde slut and I was her only true victim.

She had it coming to her.  And I was the one smart enough—brave enough—to give it to her.

"What are you looking at, Piggy?" the beautiful Becky snarled from her promiscuous position in the arms of the overgrown Brute-of-the-Day trying to grow his first goatee.

"Nothing," I muttered, considering whether I really needed those textbooks from my locker and could risk not turning in my homework assignments the next day.

"Nothing?" the newest member of the football team nearly shouted, surprising me with his ability to annunciate real words.  "You call Becky Worthington, nothing?  Who the hell are you!"

Such a great way to end the school day.  Better yet, my newly formed courage actually prompted me to speak to the primate and risk bringing Becky's wrath-in-waiting right down on me.

"My name's Patrice," I said, surprisingly calmly.  "And you're blocking my locker."

I didn't expect him to burst into laughter, spitting and snorting as he breathed in enough air to laugh some more.

"What, this one?" he asked, unwrapping himself from Becky's body, glancing at her bright smile for encouragement, and then, punching his fist into my locker door.  "Is there something you need?  A tampon or something?"

Becky's own female followers, never far away, showed up then, encircling the three of us, and smiled toothy grins that made them look like vampires about to feed on me.

"No.  And if I did, it still wouldn't be any of your business."  I still couldn't believe I was still talking.

I just stood there, looking him straight in the eye.  What was he going to do?  Actually be the guy to beat up a girl in school in front of a gazillion witnesses?  Then again, none of them would probably say a word.  Not in my defense.

"Come on, Joshua," Becky crooned, laying her palm on his massive chest.  "Zit Face is going to do my homework for me this week, aren't you?"

I didn't want to admit to it.  I hated myself just knowing I was going to do it.

It didn't matter; Becky knew I was going to do everything she asked.  So did everyone else watching us.

"Let's go before she starts balling her eyes out.  I get depressed just looking at her."

The football player nodded; the team of Becky worshipers sneered a simultaneous "yeah."

When I was finally left alone at my locker, I slumped against it and slid to the floor in a heap.  Less than three days to go against all my principles and enable the nastiest girl in school to cheat her way to graduation.

Less than three days to figure out how to turn that low point into an opportunity.    .... 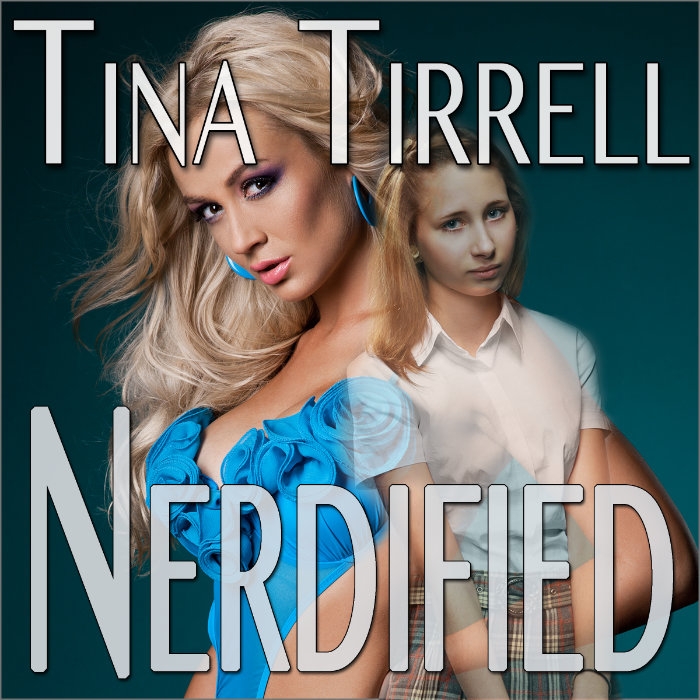 Anti-bullying campaigns in high school appear to be having a positive effect -- the problem is taken seriously now, at least. But the problem isn't like polio; it isn't solved, yet. And in any case, many beautiful people don't have the strength of will to resist arrogance and even cruelty. The intoxicating power to sexually attract others can give one a sense of entitlement that finally proves poisonous if not checked by focusing on difficult work and hard-to-attain goals. Very pretty people need to put themselves in positions where humble pie is an item on the daily menu.

Tina Tirrell's Becky Worthington would think my philosophy sucks. What a character! Ms. Tirrell deliberately makes her way over-the-top, a Mean Girl on steroids. Swapping spit with the popular new jock in the school halls, swilling coffee all day from a well-known Restaurant Chain That Specializes In Caffeinated Drinks, provocatively addressing (male) teachers by their first names (and getting away with it), barking orders to the nerdy girls below her sphere such as our narrator Patrice ... hubris ripe for a downfall. Becky focuses on Patrice with laser-like relentlessness, and finally extorts homework help from our quietly seething narrator. What -- did you think Becky maintained her A-average grades by doing her own work? Absolute power corrupts absolutely!

Becky's downfall is engineered by her own unreasonable demands on Patrice ... and her ridiculous addiction to chain-restaurant coffee. (Kids -- don't drink coffee, it stunts your growth.) Patrice, a science-y type, concocts a foul brown liquid that easily passes for Star-bleep's over-roasted crap. I love Tina Tirrell, seriously: who else in this field gives us the chemical properties of benzene? And while I haven't read many transformation-erotica stories, I doubt many other authors have Ms. Tirrell's skill in describing, blow-by-blow, with vivid physical detail, a pretty girl's sudden physical ruination. Description of moment-to-moment action is tough; Ms. Tirrell has a particular talent for it.

And, as always, she leaves a little room for reflection. The moral of this story? Cruelty begets cruelty. Which is why we should strive to be both humble within ourselves and nice to others. Well, in real life, anyway. In the next story in this series, I'll look forward to reading more of Patrice's vengeful machinations. A word of warning for our budding villainess, though: beauty is not the only source of hubris ...

I was wondering when a transformation scenario like this would go and Tina doesn't disappoint. A classic case of the lead Patrice witnessing the rise and fall of Becky with a well, thought-out transformation sequence and some perspective on how cruel people can be at times; case in point Becky in the beginning with the homework and coffee.  This story shows that there is hope for the little guy out there.

Ah, nothing like an excellent downgrade. It's rare to actually meet that sort of grade-A b*tch in real life, most popular gals these days are deeper... But we all secretly hopes to see one of these cliche cheer-jerks taken down like in the movies but worse.  Tina brings her excellent detail and stake building talent to this story. It isn't enough to simply say she's a cheerleader and take her down- Tina makes us really empathize with our main and her desire to bring down someone on top of the world.  As someone who really enjoys nerdification, I promise a lot of classic nerd-TF changes here. My hope for the future is nerd tfs done by magic, for potential reality warping. Till then, this is grade-A transformation work!

The description hooked me.  I had to explore this nerdifying transformation more.  WOW am I glad I did!  All the enticing elements are right in the story: high contrast, excellent before and after descriptions, revenge theme, and the satisfaction of the bad guy (girl) going down!

Brilliant.  Exactly what my high school life should've been like!  Tina depicted the transformation expertly, down to ever exciting detail.  Now, these characters beg for a sequel!