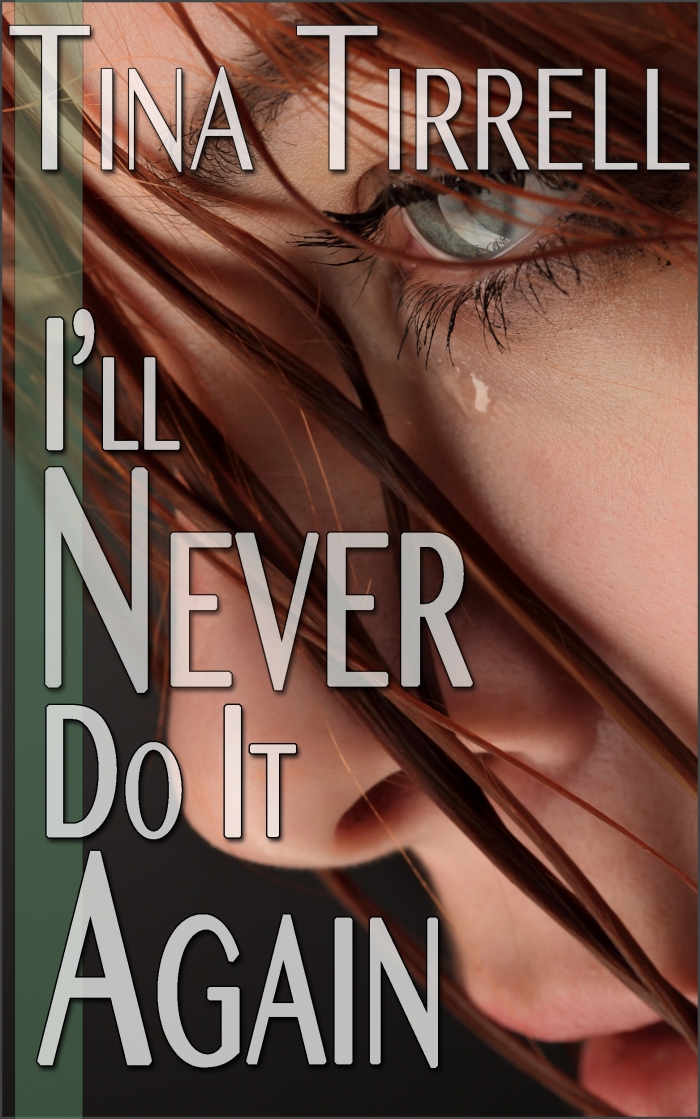 I'll Never Do It Again

You never forget the first time... even when it hurts.

You never forget the first time... even when it hurts.

It doesn't happen when Timmy chooses to humiliate the school bully that afternoon. It certainly doesn't start when his antics manage to make Jenny, his very best friend in the whole, wide world, giggle with approval and delight.

It all begins when Timmy finds himself witnessing Jenny's own humiliation and tear-inducing torment as she's bent over her mother's knee and spanked. Right in front of him, right before his eyes that can hardly bear the sight of his best friend's agony. That's the moment that Timmy's day takes a turn in a direction he could never ever guess.

Still haunted by the sight he'll never forget, Timmy is sent home and forced to face his own mother. Nothing is worse thandisappointing her, then seeing that look on her face, that shock in her eyes, and that tremble on her lips. Timmy's mother is barely capable of dealing with the surprise of her little angel's misdeeds, but she's very good at stressing how very bad he's been.

The expected lecture is bad enough; letting down his mother is just devastating. Finally sent to his room to contemplate the error of his ways, Timmy begins to realize his own punishment isn't over just yet. It's Jenny's mother that calls and plants that devious seed in his own mother's mind and Timmy that's burdened with overhearing all of it.

When the footsteps work their way down the hallway and toward his bedroom, Timmy fears the worst. His own mind tortures him, driving his fear, and making him believe his own mother is capable of anything under the circumstances, especially under the influence of another—even capable of corporal punishment.

When his mother opens the door, it's her expression that Timmy fears the most. Or lack of one. He doesn't even notice the long wooden spoon held tightly behind her back...

Timmy couldn't blink.  He couldn't move.  His toes were curled up in his sneakers, his fingers almost squeezing the paint right off the doorframe.  Everything in the horrific scene before him began to fade as his vision latched onto the quivering movement of the ruffled edges of Jenny's powder blue panties.  They trembled with every sudden jolt of her body straining against the pain executed by her mother's deft hand.

"No, Mommy.  No..." Jenny's small voice whimpered.  It sounded frail, very different from what Timmy knew his friend's voice should sound like.  "Please, Mommy."

"Hush!"  Another thwack.  "You hush, and you remember why Mommy has to punish you.  You made Mommy do this!"

And he still couldn't move.  He couldn't save her; he couldn't do anything at all when an adult was in charge.  Worst of all, it was Jenny's own mother.

"You know the spankings get harder if you complain!"

Timmy winced at each distinct sound, the sudden quiver of those delicately ruffled panties burning into his memory for life.

"You made me do this!  You made me take you right over my knee... in front of your friend."

Jenny's gold-fringed head turned slowly toward Timmy, tears dripping from her bright red cheeks.  She blinked at her friend in a silent expression of helplessness, then squeezed her eyes tightly shut again, bracing herself against the relentless spanking.

Jenny's mother was out of breath.  Her trembling hand hanging in mid-air.

Finally, her hand—that hand—softly fell onto her daughter's back, smoothed over the soft t-shirt material, then brushed Jenny's wet hair out of her eyes.

"Promise me you won't do it again.  Promise Mommy you'll be a good girl."

Jenny only nodded, her big eyes drowning in tears as they looked up at the woman that was supposed to nurture and protect her.

Her mother pulled her gently upright, lifting Jenny's small frame from under her arms, and Jenny slumped against her mother's chest, nestled into her arms, and curled up on top of the lap that held her in place for her punishment.

Timmy let out a long breath he never realized he was holding in.  His fingers loosening, only slightly, as his young mind tried to comprehend what he just witnessed.

Was Jenny okay?  Would she be okay?  Did her mother really love her?  Was that the first time?  The only time?  Would it happen again?  Was it all his fault?

The head of the executor of his best friend's punishment turned around to finally face him.

"I think you should go home now," she said, sounding like Jenny's real mother again.  "Your mother will want to talk to you too."

And that's when Timmy grew a bit more frightened, frightened in a way he never had been before.

His mouth opened slightly, wanting to say goodbye to his best friend, but it didn't.  Timmy finally disconnected himself from the doorway to Jenny's bedroom and turned to leave.

"You'll never do it again.  Will you," Jenny's mother pressed upon her still-whimpering daughter locked in her arms.

Timmy shuttered at the words. 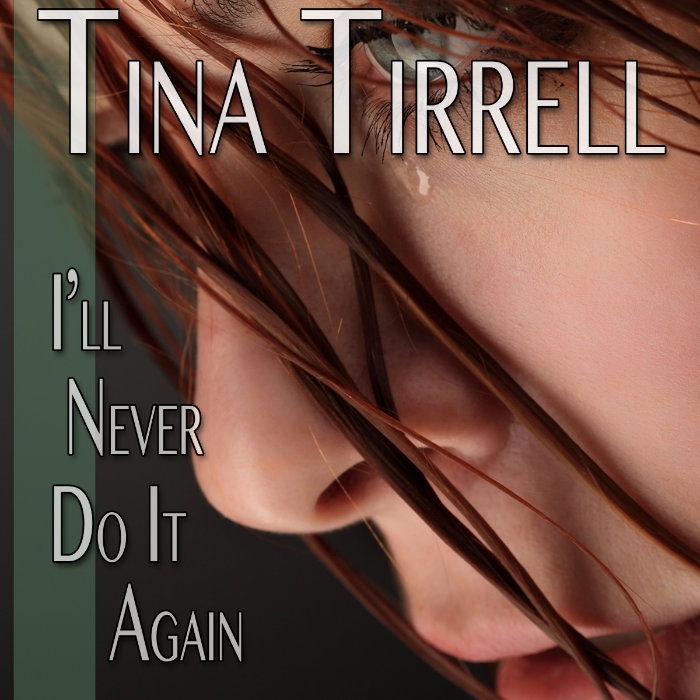 By now, I've read most of Tina Tirrell's stories (just a few more to go). Just when I start to get comfortable with her, just when I start getting complacent ... she shocks the hell out of me.

I don't think there are many writers in Ms. Tirrell's field who go out of their way to challenge their readers the way she sometimes does, even to challenge their beloved fetishes. This tale about two spankings might be considered erotica, but I'm going to speculate that Ms. Tirrell has a lot more on her mind here.

Just quickly: the plot involves two young people, a boy and a girl, who have gotten in trouble at school. A young man witnesses his friend get whipped by her mother. He goes home ... and gets the same from a reluctant mother who, tellingly, seems possessed or something when she enters his room with a big wooden spoon.

The key element: the boy's girlfriend was being bullied by another guy. I won't spoil what "Timmy" did to the bully, but there's such a thing as "schoolyard justice", let's put it that way -- something that adults conveniently forget about.

I won't spoil the ending either because it's so beautifully written and almost tear-inducing. The whole story is superbly written: short and powerful sentences, precise descriptions, third-person (sort of unusual with Ms. Tirrell), all imbued with a sense of fear and dread. This was hinted at in her "Fostered" series, but those books didn't prepare me for this.

This is an unusual story in the genre, and I guess I'm writing an unusual review. The story affected me profoundly, so much so that I have to say the following: those of you parental-units out there who think you're being tough-minded, who are kidding yourselves that you're spanking your children "not in anger" (yeah right), proceed con cuidado. Because one thing leads to another, and I ain't talkin' 'bout sex. Bloody noses and bruised ribcages, more like, especially if you toss booze in the mix. What you may find is that you've raised a young man or woman who will HATE you. For years, and years, and years. Take it from me.

Careful, spankers. It's probably best to leave spanking where it belongs: in the bedroom between consenting adults.

Tina has totally nailed what the allure of spanking is all about.  I don't know how she knows what we want to read in a spanking f/m story, but she's captured every detail: every bit of fear and uncertainty, love mixed with pain, discipline with a mother's coddling.  Only question is now... will she spank him again after all?