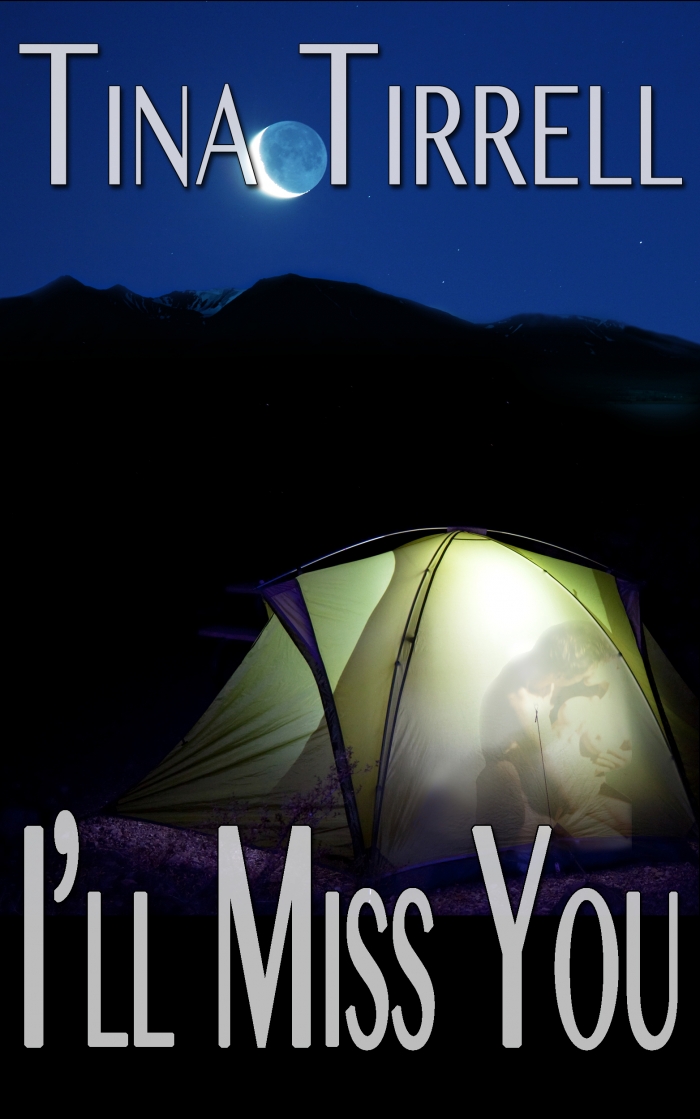 In the great outdoors, nature is a force that just can't be contained.

In the great outdoors, nature is a force that just can't be contained.

In stunning surroundings, within a scene that smacks of peace and tranquility, neither Aaron nor Cheryl have any idea what lurks just beyond the tall trees, what may confront them within the confines of the small space of their shared tent once the sun sets. The danger doesn't exist, the possibility can't even enter their minds, until nature itself proves to be a formidable force to reckon with.

It takes Cheryl's husband—and Aaron's father—to alter the tone of the annual outing: a camping trip to a beautiful locale high in the mountains. It's Mike's own thoughtlessness, his continual phone calls from the office, that force Cheryl and Aaron to enjoy the relaxed atmosphere of their favorite campsite alone together as Mike's arrival is delayed time and again.

The soothing scenery deserves to be enjoyed, encourages the two left to entertain themselves to thoroughly relax, allows emotions to surface—for nature to inevitably take over. Cheryl only naturally finds calming solace in Aaron's presence and security in his love and appreciation for her as she's so heavily burdened with the sadness of her son leaving for college soon and the disappointment in her husband's neglect.

In the quiet of nightfall, after making the best of their time alone together next to the comforting campfire, inside the tiny tent and tucked into their sleeping bags, a very real risk looms over them, threatening their very relationship and the familial ties that bind them.

Is the real danger and primal peril outside the tent or within its thin walls? What happens when anxieties, disappointment, fear, and desperation mingle under the cover of darkness, in the perceived safety of each other's arms?

It's indisputably instinctive. It's not only necessary; it's dangerously longed for.

.... Aaron held his mother tightly, suddenly responsible for their safety in an unpredictable and potentially lethal situation.  He leaned into his mother, pressing his cheek to the top of her head, reassuring her with his warmth and tight embrace.

"I love you," Cheryl whispered into her son's t-shirt.

They waited.  And waited.

As the creature outside inspected their campsite thoroughly, padding toward and away from the tent according to its own curiosity, mother and son held each other with all their strength, each just as afraid as the other.

The tent's small capacity filled with humid air as their short breaths matched their quickened pulses.  Aaron slowly began to stroke his mother's hair to soothe her as she whimpered into his t-shirt, her cheek pressed tightly against her son's hard chest.  Cheryl's chest rose and fell, allowing her sleeping bag to slowly slide down around her waist.

Aaron focused all of his concentration on the sounds outside the tent.  Until his senses detected his mother's breast brushing against his torso.  His own thin t-shirt allowed him to feel every movement through his mother's delicate top, every bit of warmth, every gentle rub of near skin-to-skin contact as his mother's chest rose and fell against him with each breath.

He held her tightly, his arm over her chest and arm leaving his hand resting against her side, just at the edge of her breast.  With every breath his mother drew in, her breast brushed against the side of her son's hand.  Gently, softly, teasingly.

All five senses piqued, Aaron so acutely aware, his primal nature tasked with protecting the woman at his side in the face of his own fear, he breathed in his mother's scent as his focus was drawn to the single sensation of his mother's breast, barely covered by the soft veil of her top, continuously brushing against him.

The tent wall was suddenly jarred by the shadow outside, and Aaron's thumb incidentally brushed over his mother's nipple as the two clung to each other all the more desperately.

The nipple was pert, hard, reacting to the fear and adrenaline flowing through his mother's body.  It was the most intense sensation Aaron had ever felt.

His heart rate grew more rapid.  Cheryl's fists tightened and tugged at her son's t-shirt.  She focused on his breathing, on the rhythm of his chest.  It soothed her, calmed her, relaxed her tensed body just enough.

Afraid to move, unable to release their hold on one another, mother and son grew hot, breathless, weary with the uncertainty of just what the next second or the next after would hold for them.  Their chests began to move together, their breathing finally more deep, feeding on the other's feigned strength, calming one another with their bodies alone.  They held on for their lives, feeling more alive than ever before.

The breeze wheezed through the tree branches overhead.  An animal grunt confirmed the danger was ever present.

Cheryl's eyes opened to watch the rise and fall of her son's chest as she blamed her heightened fear for the vibrant, tingling sensations traveling throughout her body.

Aaron squeezed his mother all the more, his adjusting hand brushed over her nipple a second time.  A gasp escaped her mouth.  She closed her mouth again, pressing her lips tightly together just as quickly, willing away her son's notice of her spontaneous reaction.

He noticed.  His body noticed.  His keen awareness reacted.  Aaron adjusted his embrace again, his arm passing over his mother's nipple once more as her own arm limply lowered, subconsciously exposing her chest to all the more accidental contact.

Aaron nuzzled his mother's hair as he leaned into her.  His eyes fell over her chest.  In the darkness, his eyes could just detect the movement there, the pattern of rise and fall matching his own breaths.

Cheryl squeezed her son more tightly, pulling him to her, expressing her remaining need for comfort.  Her son responded, his embrace tightened again, his hand slid up her back, over her neck, and into her long hair.  He soothed his mother, massaging her, as she moved into him, against him, pressing slowly, firmly, nudging, needing.

In one quick movement, Aaron pushed his mother's loose body against the cold ground.  Leaning over her, his face inches from hers, his heavy body pressed into her, her arms still wrapped around him, his eyes searched the darkness for hers.  He saw only blackness, no expression, no request, no permission.  He only felt his mother breathing against him, unmoving, still and silent.

Without thinking, his open mouth met hers.  .... 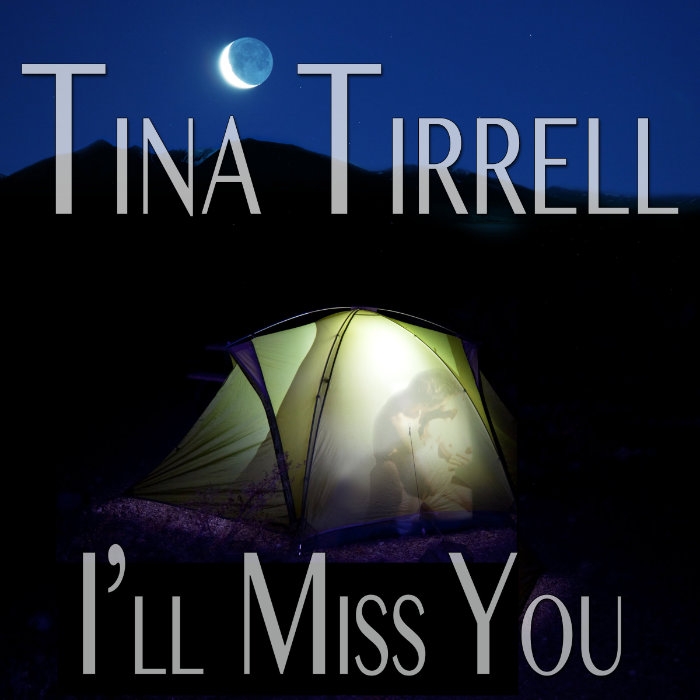 In her bio, Tina Tirrell tells us: "I'm not afraid of the taboo." If *you* are (though I rather doubt it, if you're on this page and considering a purchase), be warned -- Ms. Tirrell does indeed "go there".

A family makes arrangements to go camping. The father, however, stays behind because of work; says he'll meet his wife and son at the campground later on. Naturally, he doesn't, leaving "Cheryl" and "Aaron" to their own devices on the mountain for one day and night.

This is one of Ms. Tirrell's shorter stories. She wastes no time in demonstrating the psychological toxicity underlying the dynamics of this family: Cheryl is griping about her husband just a few sentences into the tale. "You know how he is," she tells her son. Uh oh. And thus it goes throughout the day, and during their nighttime cookout. She speaks of the dread of being left alone with the "grumpy old man" when the "darling son" goes off to college. The pair are chummy, and finally conspiratorial: two against one.

Never underestimate the literary chops of Tina Tirrell. Every sentence here has been cut into a diamond. The story abounds in symbols: we may as well begin with the absent father's meal, eaten and drunk with conspiratorial relish by Cheryl and Aaron. Aaron drinks the grown-up claret intended for his father. Cheryl drinks even more of it, getting drunk with it. She gluttonously gobbles down the chocolate cake, re-channeling sexual desire. The dialogue through the meal scene teems with double-entendre ("Let's get some [cake] in you right away," etc etc.). Of course, the most potent symbol is the bear outside their tent, which serves to both symbolize their dangerous desire and to spur that desire on its way.

However, the cost of shattering the most ancient taboo of all begins to take shape in the light of morning. The story's title -- "I'll Miss You" -- is not an accident.

A brilliant, dark work from Ms. Tirrell, whose versatility continues to astonish. 5 out of 5.

You've got to continue ALL of your taboo titles in series to follow.  I want to know what happens next, after the first-time taboo encounter when all the complications being and those oh-so-naughty moments of intimacy just continue to happen.  Everything you write just makes me want more, more, more!!

No one does subtle and real and hot-as-hell like Tina does!  I can't get enough.  It's like reading mainstream fiction with all the hot sex scenes left in and no holds barred!

This is the second Tina Tirrell story I've read - and thoroughly enjoyed. Once again her writing excels in pacing, plot-driving dialogue, atmosphere, setting, subtlety, and downright hotness.  The story itself - focusing exclusively on a couple camping out in the mountains - is both charming and poignant. I very much like the sense of them being the only two people in the world. It's an Adam-and-Eve type idyll that makes for great escapist reading.  Meanwhile, the sex-scene is a total sizzler. It's passionate, spontaneous, tender, emotional and highly believable. Making it all the more effective are the moments of disguised sexual tension that lead up to it like a lit fuse to a firecracker.  Tina's imagery also deserves an honorable mention. There's a description of the female character while she's naked inside her tent - her shapely silhouette cast against its side by the light. That ones lives long - and pleasantly - in the memory.