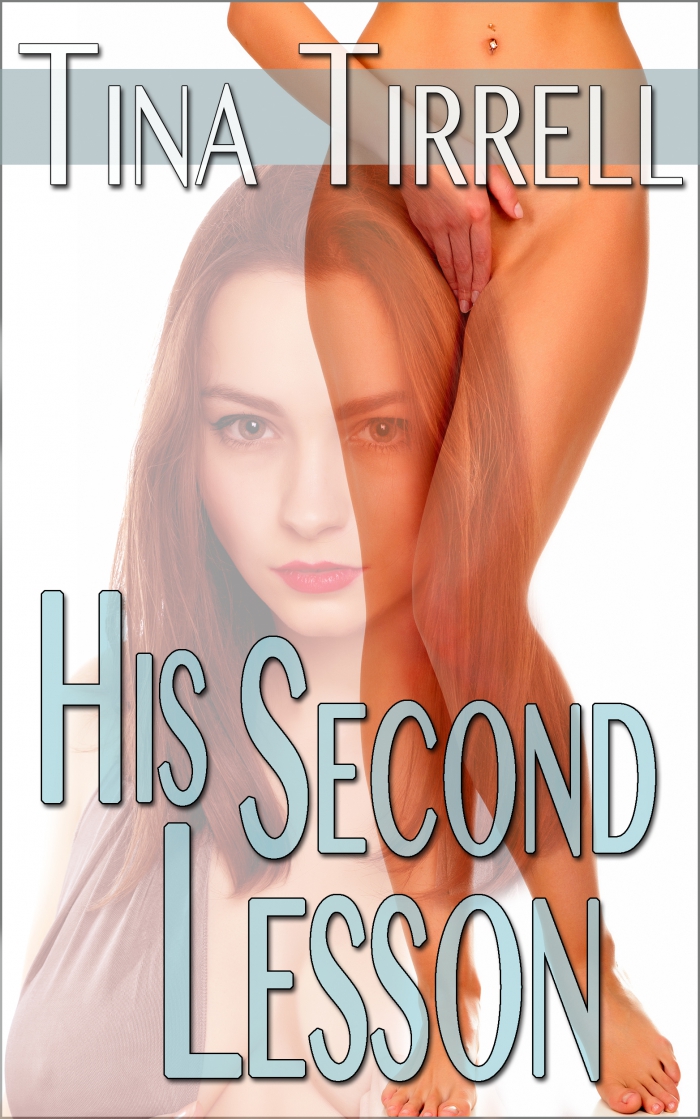 Book 2 of His First Lessons

When the phone rings unexpectedly one afternoon, Joey's guardians wouldn't possibly presume that their innocent darling is catching the attention of his teacher for all the wrong reasons—again. Not when they've addressed the issue of his natural, growing curiosities about the opposite sex so straightforwardly, his maternal influence guiding him through His First Lesson so skillfully with her gentle, hands-on approach.

But the school principal is forced to phone Joey's parents yet again. This time, Joey's focus is completely on his teacher... but not at all on what she's trying to teach him. Joey's one curiosity has led to another; and, just like the first, it demands immediate attention. And so, the line between lesson and real-life experience continues to blur.

It's time to teach Joey that his latest habit of classroom disruption is inappropriate... by distracting him with a new lesson in the anatomy of the opposite sex.

Her at-home, firsthand approach worked so well the first time, so it must be the best way to teach Joey something new.

....  "Well, you know!  You can't start admonishing a young child for his natural curiosity.  You risk ruining him for life!  Affecting his sexual well being or whatever."

"Well, can you talk to him again?"

I knew it.  When it came to straightforward discussions about sex and the differences between men and women, my husband obviously failed his son miserably.  Somewhere along the line, he was taught father and son just don't talk about that stuff.  And that made it my responsibility: Joey's stepmother.  At least one of us was responsible enough to help guide a young boy through all the questions and curiosities of growing up.

"Of course," I reassured.

"You're wonderful," my husband quickly replied with real relief.  "You're a really wonderful mother to him.  I could never..."

"I know.  That's obvious," I teased.  "Now, go help your son finish up his homework, and I'll figure out dinner.  We don't want to frighten him or make this into anything bigger than it really is.  I'll just talk to him after dinner again."

"You're a doll."  My husband kissed me on the cheek and hurried out of the kitchen and away from the problem of his son entering puberty.

I couldn't help feeling a little bit embarrassed for offering Joey such a realistic portrayal of female breasts the night before.  It was obvious that his first lesson in female anatomy was effective.  Maybe too effective.  I'd just have to take his attention away from breasts.  Somehow.  Thinking about it, I was even a bit proud to be in a position to teach one young man in the world to look a woman in the eye instead of into her cleavage.

After the usual family dinner filled with lots of smiles and my husband and I listening to Joey's latest tales from school—minus the most pertinent points he didn't realize his parents were aware of—the three of us played a board game together, watched a bit of television, and then it was time for little Joey to be tucked into bed.

"Now," his father confirmed in a stern but gentle tone.

It was the same thing every night.  No child wants to go to bed and force an end to their fun.  Worse yet, little Joey didn't realize he was in for another serious discussion at tuck-in time.  Poor little guy.

"Take your toys with you," I reminded Joey.  "Brush your teeth, and I'll come up to tuck you in."

When I heard the faucet in the bathroom turned off, I met Joey in the hallway.  "Ready for bed?"

"Come on... tomorrow's another day, and it'll be here before you know it."  I forced a cheery smile, hoping to get Joey in a better mood before somehow bringing up the subject of his inappropriate behavior at school that day.

Joey jumped onto his small bed and buried himself under the covers faster than I could follow him into his bedroom.  He had way too much energy to fall asleep, but at least he'd be well awake for our little talk.

"Did you have fun at school today?" I asked as I closed the door to his room and perched myself on the limited space on his bed beside him.

"Yeah!  Remember?  Sarah Wheatley did that thing that made Marcus—"

"Oh... that's right.  I remember.  Yeah, I suppose that was pretty exciting.  But it's time for bed now, okay?  Time to wind down and... well, is there anything else you want to talk about?"

"Um..."  Joey's brain was churning away, deep in real thought as he hurried to review his entire day in one moment.  "No," he answered and just smiled at me.

His smile was sincere, but his view—I couldn't possibly help noticing—landed on my chest.  More specifically, on my breasts.

"Uh-huh," he answered, his eyes never leaving the shape of my bosom tightly outlined by my clingy tank top.

"Joey, do you want to know something that makes grown men different from little boys?"  .... 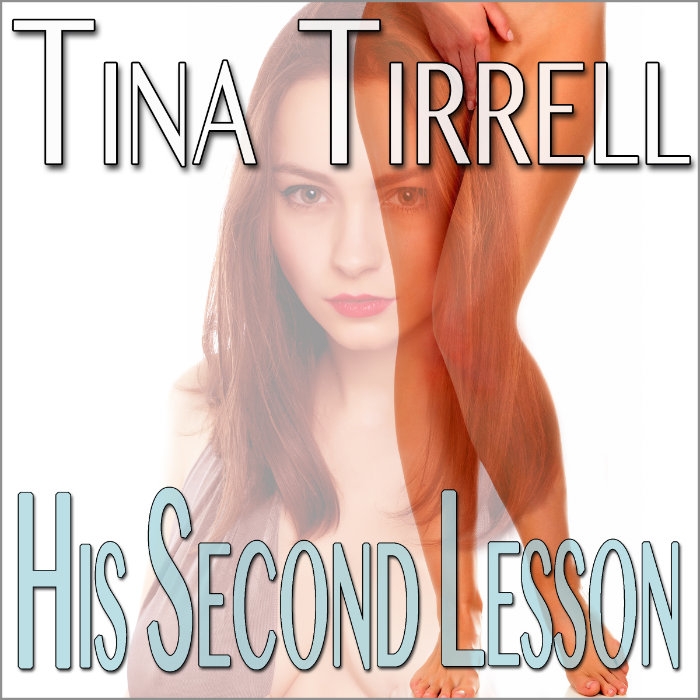 Tina Tirrell's Second Lesson is even stronger than the First. I'm getting such a kick out of this particular family's dynamic. The inarticulate and generally useless Dad once again receives a call from the school principal: this time, darling Joey, having learned all about breasts from his indefatigable stepmom in the first story, is now savoring his new-found knowledge by staring at his teacher's ta-tas all day long. And once again, Stepmom has to drag the information out of her stammering, bumbling husband. Man I tell you, Ms. Tirrell's prose scintillates here. After Stepmom assures Dad that she will once again deal with Joey's precociousness, Dad says, "You're really a wonderful mother to him. I could never --"

"I know. That's obvious." Oh man. Later, Stepmom narrates, "My husband kissed me on the cheek and hurried out of the kitchen and away from the problem of his son entering puberty." Thank goodness for take-charge, head-scarf-wearin' gals, hands on their hips, wasting no time, getting s--t done. :)

During the bedroom scene with Joey, Ms. Tirrell also provides youthful male readers a few tips on getting along with women in this world: "Something that big boys learn is that it's nice to look at women's *faces* when they're talking to you." If taboo erotica can be considered feminist, then Tina Tirrell has carved out such a niche. In fact, if Ms. Tirrell's inspiration ever flags (doubtful, but just for the sake of argument), she can always return to this series, for there will always be lessons for Joey to learn, sexual and interpersonal, and Tirrell's can-do Stepmom will always be the practical, no-nonsense teacher.

"Joey, it's time you learned about tossing a salad. No, not in the kitchen. In the bedroom."

OK! First, this IS ageplay. BUT, the way it's written is so subtle, yet AMAZING. I can't even begin to describe it. Is it sexual education? Is it devious ageplay hot taboo fun? Is it going to make you orgasm? YES, YES, YES! The way Tina get's into your head, uncovering all those fantasies you had as a BOY...Mmm.  It would be perfectly acceptable to end the stories right here. I'll leave it up tto Tina but I did request a third in the series, and requested for her to get quite naughty. Maybe she will even state the actual age!  The cherry on top...you KNOW this writing is coming from the mind of a WOMAN. Can't beat that.

Just as I thought it couldn't possibly get better than the first lesson, Tina has shocked me into submission yet again!  I should know now... as a huge fan of hers, she always takes every subject, every sequel, every reader to new heights!

The lessons continue!  Thank you, Tina Tirrell, for making one of our favorite taboo titles into a series!  I never want the lessons to stop!