Sara is sweet, chaste, and singularly focused. She only wishes for one thing in her simple, carefree life, and she hopes for it so much that it hurts. Sara wants to feel like a real woman: mature, wise... desirable.

Growing up surrounded by gorgeous, voluptuous women seemingly oozing femininity from their very pores, Sara would give anything to be just like her beautiful mother Sabrina or her sassy, sexy aunt Agatha. Sara's fully aware of the power and control the women in her family have over every and any man, and she constantly wonders when, if ever, she'll experience or develop even a fraction of those seductive, alluring abilities—and those curves.

Sara doesn't know it yet—she can't—but her own sensual awakening is just beginning. And it's rushing at her at a pace she'll barely be able to adjust to.

A deep-seated hunger is about to be born, one that will consume her every thought, drive her spontaneous, explorative impulses, and throw Sara into full-blown sexual maturity faster than anything else could. Sara finds herself inexplicably, inherently drawn toward a certain essence of the male anatomy, the very product of masculine excitement.

It begins as a simple curiosity and gradually grows into a genuine craving. It's bubbling up inside and developing even as Sara unwittingly stares at her now-shapeless body in the mirror, waiting and wanting and willing for womanhood to finally arrive.

Sara couldn't see a single change in her young body, no matter how hard she stared at herself in the mirror or how many times she compared herself to the models in the photos in her favorite magazines.  Nothing was happening.  Not as far as she could tell.  Not now as she stared at her own nudity in the full-length mirror propped up against her bedroom wall and not at any other of the umpteen times she was compelled to check.  And that meant something even worse: that none of her peers at school could tell either.

As far as Sara knew, puberty had completely passed her by, and she was destined to live out life looking, she thought, like a skinny little boy.  Nothing could be worse.  Especially not when all the girls at school were showing off their new curves and womanly bodies at every opportunity, and all the boys at school were deeply, obviously affected by it.

Being left out just made Sara feel all the more shy.  And it wasn't really possible to be any shyer than she already was.  While everyone else at school was so outgoing, so cool, and so eager to be an adult as soon as possible, Sara grew more confused about why she woke up feeling different but still didn't look any different at all.

Worse yet, her own mother's very presence just seemed to constantly shove all of those insecurities in Sara's face.  At school, Sara was surrounded by adolescent girls bursting with newly developed breasts and broadening bums.  At home, Sara had to face her own mother: the epitome of womanly voluptuousness and confidence.  There wasn't a single second when Sara wasn't forced to feel completely underdeveloped and totally inadequate.

"Knock, knock!" Sara's mother, Sabrina, called out in her casual, silky voice from the other side of the bedroom door before her huge, natural breasts appeared, followed by her smiling face.

Sara was already wrapped again in her damp bath towel, fresh from a morning shower.  Being born into a family of totally self-aware and not-at-all-shy parents and one very-full-of-himself older brother taught Sara to never expect complete privacy.

Sara's mother quickly assessed her daughter, head to toe.  "You haven't dried your hair yet?  You're going to catch a cold!"  Sara shrunk into her towel, the dark, wet strands of her blonde hair falling over her face.  "Well, hurry up.  Aunt Agatha's coming over, and you know how she loves to pick at me for anything and everything.  I need you to help me clean up quick before she gets here.  Please?"

"And you know whose room is the worst."

Sara smiled, unable to hide her joy at being better than her older brother at—finally—at least one thing.

"Agatha will inspect the whole place," her mother continued.  "You know she will.  And I can't count on your father and brother—"

Sara's mother smiled with relief and genuine gratitude.  "I knew I could count on you."  She turned to leave, her shapely bum dancing atop her long legs as the sound of her kitten heels clacking down the hallway slowly faded.

Sara let her towel drop to the floor.  She glanced in the mirror at her almost shapeless body one more time—a habit she knew was not at all good for her but that she just couldn't break.

She did feel different.  She knew it, even if she couldn't spot the difference anywhere on her skin.  Something was changing inside her, something that excited her and scared her at the same time.  As Sara rushed to tug on her shorts and t-shirt and brush her hair into a loose ponytail, she wondered where and when she'd finally spot the proof that she wasn't going to be completely left out of the full experience of real womanhood.  .... 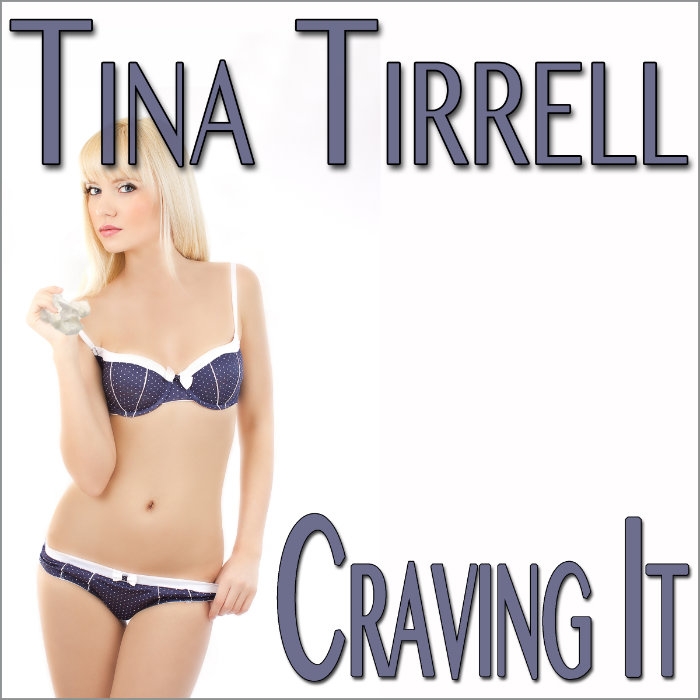 Tina Tirrell, one of erotica's greatest writers, returns, and asks a simple question: Is sexual identity inherent in the physical body, or is it something to be *experienced*?

A young woman named Sara is flat-chested and surrounded by school peers with budding racks. If that isn't enough to cause feelings of inadequacy, she has to come home to a mother and a visiting aunt with protuberant breasts. Sara grapples with sexual feelings while not feeling like an object of sexual desire -- a malady common to teenagers (and men over 45). Tirrell's prose arises from compassion and experience. While Sara looks in the mirror in the bathroom and agonizes over her boyish body, she also cannot deny the feelings of growing inner maturity: "She DID feel different. She knew it, even if she couldn't spot the difference anywhere on her skin. Something was changing inside her ..."

Desire is the culprit. A woman need not have a multiple-D bra size to feel it. Because this is erotica, we need a specific focus for this desire, and here it's the "cumslut" subgenre. Combine this with questing, virginal desire, and we get a gripping mix of family drama and comedy. On the one hand, Sara has an older brother who spends most of his days and nights emitting into tissues. In preparation for an aunt's visit, Sara helps clean her brother's filthy room ... and discovers emissions in tissues in various stages of exposure. Sara suddenly becomes fascinated with the contents of her brother's room, and a later discovery of a fresher load changes the game.

On the other hand, Sara will encounter an an example of mature sexuality from her voluptuous mother. Ms. Tirrell's description of this scene, heard and not seen, is red-hot, hotter than holy hell. Such a wicked mind, I swear. :)

Bottom line? I've read and reviewed 50 books from this author now, and I can confidently state that no author, inside erotica or out of it, has a better grasp of the pains and joys of sexual awakening than Tina Tirrell. The subject is perhaps her specialty. Her descriptions of young women -- the sweetness, the insecurity, the defensiveness, the final brave leaps into maturity -- ring so true to the memories of the girls I knew in my youth that I can't help but smile as I read her marvelous prose.

I have picked up several of Tina's books and one consistent quality in her writing is her ability to connect to the reader and pull them into the world of the story. I don't know what it was like to go through school as a girl waiting for her womanhood to blossom, but I've known those feelings of inadequacy and uncertainty that Sara feels as she is surrounded by change and is just waiting for life to finally make sense. In fact, there were many times reading this book where I thought, 'I remember that', 'I've been there', or 'Oh, Sara, if only you knew'. I found the woman's view of a teenage boy dealing with his hormones to be particularly enlightening. The point is, Tina's characters and the world she created feel real to me because I felt I've experience it in a way. It's her affinity with her readers that makes her works feel more grounded and make it all the hotter when you realize how close your fantasies can be to reality.

Now, as for the sexual content or this book, Tina prefers to leave Sara as innocent as possible for the subject matter (which is fitting for the character in Book 1 of an ongoing series), but that doesn't mean that there isn't plenty to get hot and bothered about. In fact, Tina writes it in such a way as to lead the reader's more mature mind to fill in for Sara's lack of experience to create an adventure that was more engaging as I could understand the implications behind every sound, every sight, every touch, and every taste. I think this is key in good erotica as only having the tease of certain events/details can be more titillating than having them simply given to you. Although, there was a steamy scene behind closed doors that didn't have to leave much to the imagination and shows that Tina can get down and dirty when she needs to be. My favorite moment of the book was Sara's moment of clarity after that scene that I don't want to spoil. I'll just say that Sara's, and indeed Tina's, attention to detail was quite stimulating.

From the start of the book when Sara stands uncertain in front of her full length mirror to the end when she is sitting on her bed, confident and satisfied in her new obsession, I couldn't put it down. I was thrilled reading each page, and my heart skipped a beat in that moment when I swiped my finger across the screen to go to the next page, wondering where it might lead, and being genuinely surprised at where it took me. This is only the start of Sara's journey, and I can't wait to see just how far she will go to satisfy her new craving.

Tina, you've guessed my fantasy before I even knew it myself!  This is oh-so taboo, I know where it's going, and I'll be hanging onto every torrid detail during the development of Sara's insatiable craving!!