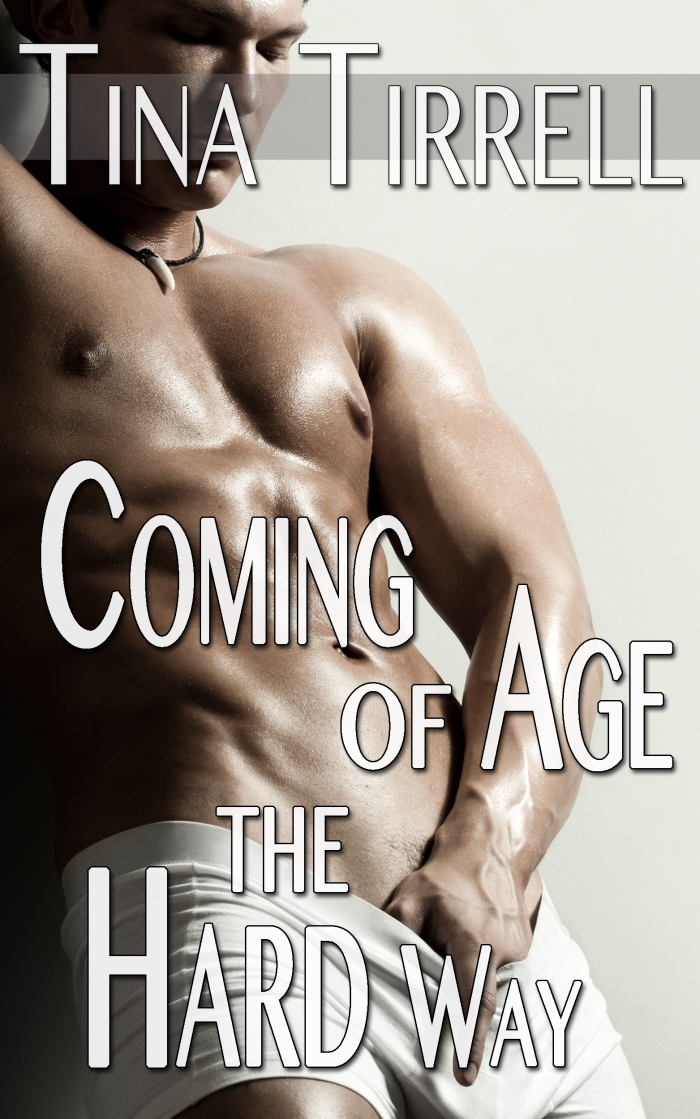 Coming of Age the Hard Way

Her special boy is all grown up, coming of age the HARD way with a surprise he can't expect but will grow to love the TASTE of.

Her special boy is all grown up, coming of age the HARD way with a surprise he can't expect but will grow to love the TASTE of.

He's flowered from her deep affection, blossomed into a young man under her doting attention. He adores being her "special one" and knows his loving title can only mean he's in for BIG surprises on his significant birthday ushering him into adulthood. The surprises begin with gift after gift of dainty, pretty, feminine things, all made to order and sized especially for him. Always eager to earn the affection of the one who bred and raised him and hear her praises, he politely plays what he thinks is all a game.

Before her eyes, he changes into his feminine clothes, lavishes her compliments, and listens carefully as he's instructed on the meticulous details of wearing makeup... all to please the mysterious "others" that await him downstairs. The real party begins when the first stranger is introduced: a man with hunger in his eyes and something rigid in his pants. But she is there to praise and cajole him, instruct him through every step of his introduction into his new life: one of being her special little girl, her pride and joy, the one to carry out his/her purpose of loving many, many men.

I forced myself to smile.  At my mother.  At the man who was still staring at me.

The word shocked my ears and yet, it sounded so natural.  It suited me and how I felt at the moment: vulnerable, overtly feminine, scared.  I almost spoke but remembered my mother's words.

She looked up at the man standing in front of me, and he met her eyes with a nod.  His eyes were positively glowing then, like they were on fire.

He took a step toward me, his body just two feet from the end of the bed where I sat.

"Smile, Darling," my mother reminded me, making me feel embarrassed for forgetting.

The man stepped closer.  The thing trapped in his pants was inches from my face.  It looked like it might almost burst right through his tight pants and come at me.

I couldn't take my eyes off of it.  I watched the man's hands move to his waist and unbuckle his belt.  I looked toward my mother, and she only smiled her approval at me.  Her repeated words rang in my mind, and I smiled wider, hoping to make her happy, hoping to do everything right.

When I turned toward the man in front of me again, the thing was reaching for me.

My face pulled back automatically.  I could smell his sweat.  And something else.

"Darling," my mother's voice rang stern and laced with warning.  "Be sweet to the man."

I slowly sat upright again, my back straight, my mouth so, so close to the monstrous thing that came from the man's pants.  It was like mine, I recognized it, but it was so very different from mine.  It was longer, so much wider.  It looked hard, like it couldn't be natural, and it looked alive.  It bounced now and again, bobbing toward me, dangerously close to my face.

"Kiss it," my mother instructed.

I looked at my mother and back at the thing poking at my face again.  I did as I was told.  I did it for my mother.

A long moan came from the man as my pursed lips barely touched the end of thing jutting out from his body.  And then, he shoved it inside my mouth.

"Smile, Darling," my mother said in an urgent tone.  "Love it," she instructed.

I opened my mouth wide.  It forced me to.  It found its way to the back of my throat and pushed there, filling my mouth and stretching my lips as far as they could open.  My eyes started to tear, and I wondered if I was going to cry.

"That's a good girl," my mother said as she watched the man push his hips forward, his body going into me, poking at me, hurting the back of my throat.  "Now, I want you to show this man how special you are.  Show him how loving you are." 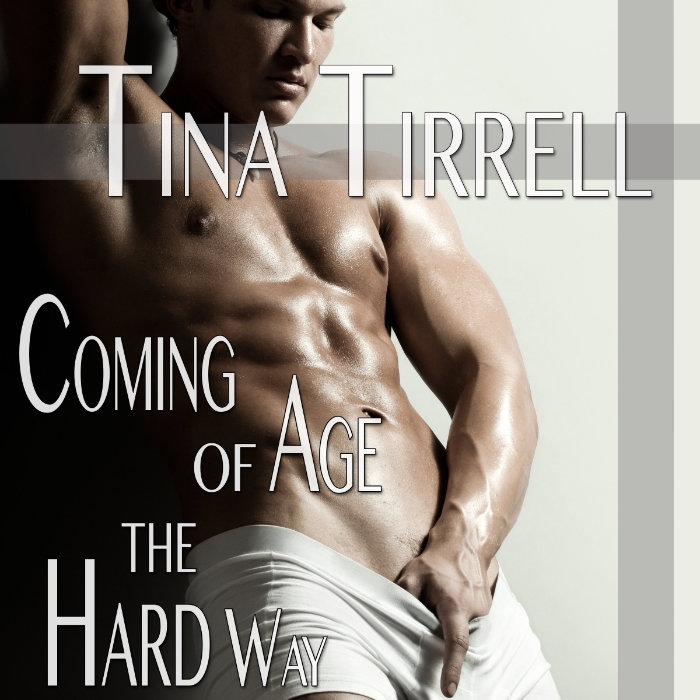 Tina Tirrell doesn't merely challenge readers in general, she challenges her FANS, many of whom are likely meat-and-potatoes guys like me. "Forced Feminization" is the fetish du jour in this tale ... and it would be "forced" in my case. While I recognize the general superiority of females to males, I would not want to become a woman. Men are so much simpler, for one thing. For another, all my disposable income would have to go to laser hair removal treatments.

Therefore, I approach the theme of this story with ambivalence, but I know that, once I start reading, I'll enjoy the wit and irony of the prose, the comical set-up, and the mordant coup-de-grace, all of which are common features purveyed by this author. And yes, I'll find myself turned on, despite whatever preconceptions about *myself* I have coming into the story.

And it turns out that my preconceptions are not at risk anyway, because forced feminization is simply submission to a female taken to its logical conclusion. Ms. Tirrell goes even further than that by making the Domme the young man's own mother. So, taboo, as well. The sexy momma may be loving, but she's also coolly bossy and finally unyielding -- the not-to-be-challenged authority figure who uses love to exact complete control. Tina Tirrell zeroes in on those fundamental Freudian truths without fuss, muss, or ivory-tower bloviating. (I could learn a lot from her.)

Perhaps most interesting is the feminist critique of the customs, conventions, and -- most sharply -- the accoutrements most women tacitly accept when it comes to luring mates. I note that our young man, no matter how much of a momma's boy he might be, isn't exactly thrilled by the new wardrobe Momma forces on him: "so soft that it felt *wrong*" -- "my body wasn't my own anymore" -- "I didn't like the thinness of the material", and so on. Momma finally invokes the ancient Code about such matters: "Shh. Your job isn't to think ... Do you feel beautiful, Darling? Because that's the key. If you feel pretty, you will make so many others very, very happy."

See, this is what I mean by Ms. Tirrell challenging us -- yeah, especially us meat-and-potatoes guys. :) Tirrel might just be asking us to "try it on for size. See how you like it."

Really captivating story, couldn't keep my hands off dick. I really liked the moral transformation of the naive mama's boy to a confused bimbo as he's directed through sexual activities for the first time. the only thing that disappointed me was that it ended too soon. after the buildup of seeing this femboy turned sissy by his own mother and introduced to his new 'destiny'- I felt like there was plenty of room for the story to grow as well as the new experiences of the young 'girl'. Tina Tirrell, could you PLEASE make a sequal to continue this story- where the rest of the hungry men have their turn breaking 'her' in in new ways until she learns to enjoy her new destiny. Again, hot Stuff- Can't wait to see more of your publishing's.

I love it!  I'm blown away.  You've given me a new fantasy I'm going to be reliving in my mind over and over again.  That was so hot, so intimate, so aggressive, and you know what happened while I read it!  Two times!!

Oh, God, it hurts so good.  I have never felt that way reading any forced fem material in my life!  You've figured us out, Tina Tirrell.  You know how to write 'great fetish.'  I don't know how you crawled right into my mind, pulled out my own fantasies, and wrote with that kind of intensity.  But I'm soooo glad you did.