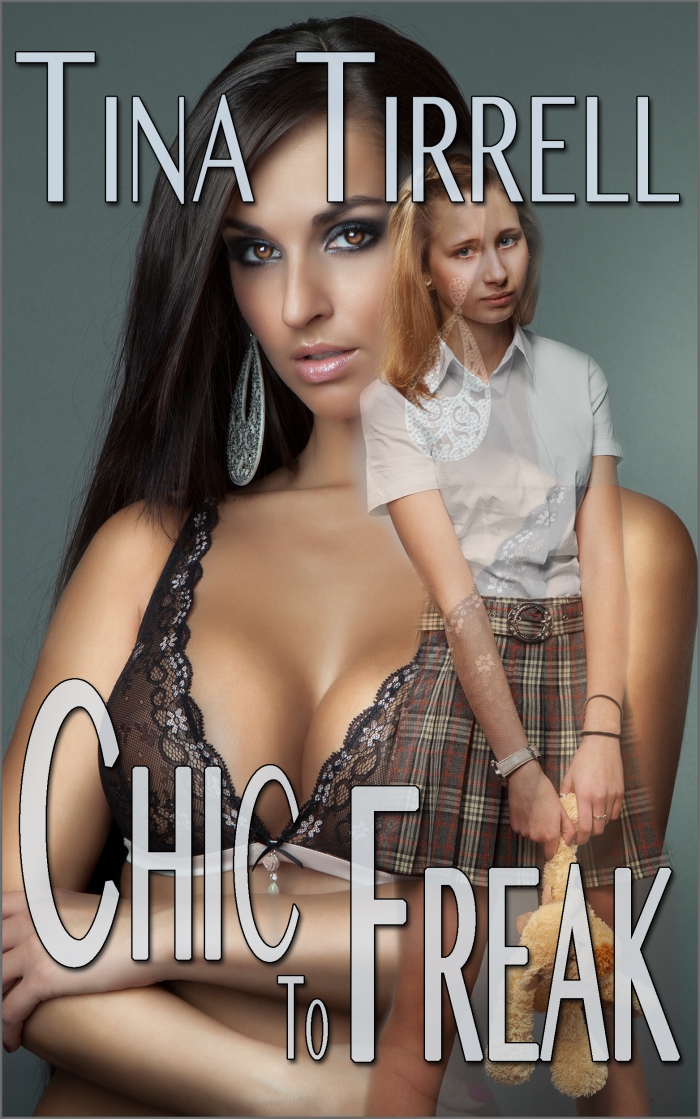 Book 2 of Nerds Rule the School

When are you at risk of being a real-life supervillain? When you accidentally discover your own power to transform your nemesis into a nerd—or when you choose to use your power a second time?

When are you at risk of being a real-life supervillain? When you accidentally discover your own power to transform your nemesis into a nerd—or when you choose to use your power a second time?

Patrice loves her newfound high school existence. And that's a rare thing for a certified nerd.

Ever since The Great Fall of Becky Worthington—when the biggest bully of them all, hell-bent on harassing Patrice to the end of her teenage days, was transformed into someone altogether ignorable—Patrice's school life is almost normal. Well, if you can call having your own freak fan base and band of loyal misfit followers "normal."

Luckily, the entire student body, and even the few teachers who witnessed the shocking sight, are largely, conveniently, beginning to forget the whole thing. Even Patrice wonders whether it all really happened. Until the new pouting and pitiful version of Becky throws herself at Patrice's feet and begs for nerd mercy.

There's a new bully in school, quick to claim the title and ensure no school day passes in peace. Patrice is the only one that can do something about it. The problem is, Patrice doesn't care. She's not the one being picked on; it's not her problem this time.

And she's having enough trouble as it is dealing with the guilty conscience that comes along with being a good-girl-gone-supervillain.

One geek girl's sweet revenge is a new nerd girl's salvation and leaves so much more than just a sour taste for a much deserving high school bully.

I'm not a supervillain.  I chanted it to myself so many times each night before I fell asleep.

Don't get me wrong—I think comic-book-type characters are kick-ass.  If you could really just pop off the page and be one in real life—superpowers and all—that would be awesome.  But I didn't want to be evil.  You know, the "villain" bit.

I was determined not to let the new, unbelievably cool secret at my disposal go to my head.  After all, all I really wanted was to just be normal, to fit in, to be seen as one of the rest of them, and to just be nicely ignored.  Forgotten.  Left alone.

But concocting a formula that could turn the school's supermodel-status-bound cheerleading captain into a groveling, noticeably hunchbacked, zit-faced nerd kind of made me not normal.  And there was no turning back.

Oh, I tried.  I tried to just go back to school the following Monday—the Monday after it happened in front of a huge audience of teachers and shocked students—and just pretend none of it ever happened.  But my classmates weren't going to let me.

The runners-up for school bully who should've been scared weren't.  They just continued to prove that they only saw what they wanted to see, and that, for the most part, if the cool kids don't acknowledge it, it doesn't exist.  That was good for me and my desire to just be left alone finally.  But there was a small sect of the student body that just couldn't—absolutely wouldn't—forget.

My fellow misfits—the freaks, nerds, geeks, and all-around nobodies—just refused to leave me alone.  It was like what I did, what they witnessed, turned over some switch inside of them, something that made them suddenly talk excitedly and incessantly when their usual tactic was to just lay low and never say a word.  They all wanted to know how it happened and if I could do it all over again.

It was like I popped open all the possibilities they subconsciously wished for but never dared dream of.  I was suddenly the focus of all their misfit attention: the Queen of All Hope.

I didn't want to be.  I mean, who wants an actual entourage?  Can you imagine me traipsing through the halls of Lakewood High with Johnny Ginger-Head carrying my books for me, Susie Four-Eyes following me like a lost puppy, and the resident Chinese foreign exchange student, Fang Dingbang—that's his actual name—fighting for the opportunity to walk near me as if I was appointed his new guardian and protector against all bullying?  Please.

No, I had to keep them all at bay the best I could.  I mean, I didn't want to dash their hopes and all, but I couldn't be held responsible for solving all their problems either.  I had enough of my own.

In fact, the biggest one was brand new.  I created her.  Like Frankenstein's monster.

Becky Worthington, the former Hottest Girl in the School, was now one of those wonky-eyed misfits that clung to me like Velcro.  It was like she didn't know how to even breathe now that she wasn't the perfect specimen of female kind she enjoyed life as for as long as she could remember.

As if I cared.

"Patrice, Patrice!" she'd call out from whatever corner she crawled out of.  "My backpack won't stay on anymore now that I'm hunchbacked, and I can't get Johnny Ginger-Head to carry my books for me anymore, and I'm not strong enough to do it myself!"

Or "Patrice, Patrice!  What do I do?  My parents don't recognize me and won't even let me in the house!"

I just couldn't get rid of her.  The comic book stories never mention how the supervillain—or even the superhero—has to deal with the aftermath of the lives they change, the obsessive fans they develop, or how to resist the temptation of overusing their superpowers.  And the comic book stories never reveal how the super-character has to deal day to day when still trapped in the hell of high school.

Sometimes, it felt like everything was just going to burst: the bubble that was life at Lakewood High, my life as I knew it, and who knows what else.

It was just another Tuesday morning when Becky Worthington—now known as Becky Brokeback among her former friends and fans—was the star of another public scene, as if she just couldn't get enough of her classmates' attention, even as their adoration turned to hate and mockery.  She just hadn't quite grown into her new body, couldn't quite accept that her life would never be the same again.  And I really just didn't give a crap.  In fact, I was positively beaming inside, and it was nearly impossible to hide it.  .... 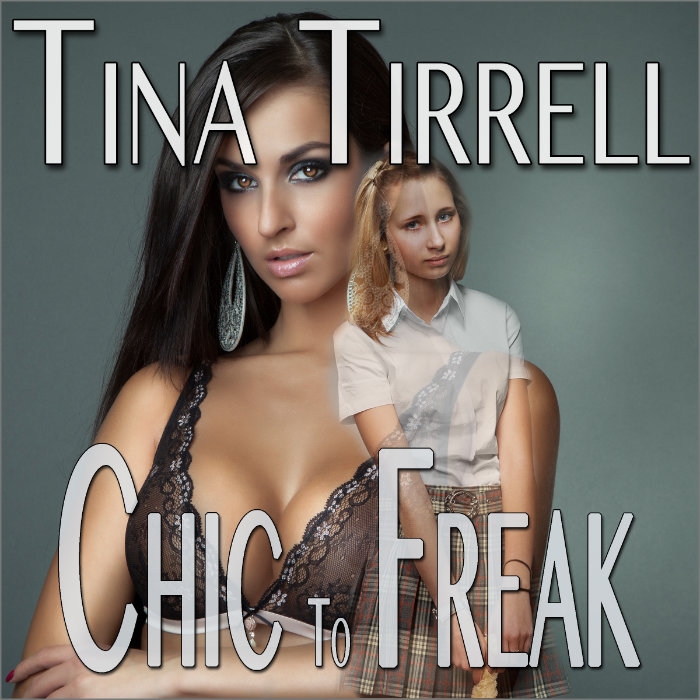 Everything seems to be wonderful for Patrice. She turned the bully Becky into a malformed nerd and the bullying has ended. But it hasn't for Becky. Becky pleads with Patrice for help. Patrice ignores her, enjoying her revenge. But nature abhors a vacuum and an even meaner bully arises and she loves torturing Becky. Will Patrice help her former enemy?

Patrice, our budding supervillain who exacted her cruel revenge on high school hottie Becky Worthington in the first story, begins this one pondering the advantages and disadvantages of supervillainy. She finds herself with an entourage of "emboldened" (to use the favorite word of George W. Bush) nerds. She's not sure she wants the fame. But she's still full of Wrath. In the first portion of the story, this most ugly of the Deadly Sins appears to have captured Patrice for good: when she encounters Becky, now a snot-dripping, flatulent hunchback, she kicks her victim, who is on her knees, begging for help. Our heroine is consumed by, and satisfied with, her hatred, and we wonder where the hell Ms. Tirrell is going with this story. We are, in other words, caught in her grip.

I want to describe the narrative further, because the issues this deceptively simple story raises are really the biggest moral questions, but I'd spoil things if I did. Suffice it to say that Patrice may be turning her back on Wrath, but she finds that she has set in motion events that she can't control. And it doesn't matter that her motives for going after a second girl, "Serafina Tolle" (great name, btw), are are better than what motivated her the first time. Evil perpetuates itself, and our now-regretful heroine is not in control any longer. Think Mary Shelley's "Frankenstein", of which this story is a descendant. I'd assign the "Nerds Rule the School" series to my students if I was a high school teacher. The front-and-center issue, bullying, opens the door to much deeper discussions of what morality is, and why we should nurture it ... and the costs of when we lose it.

Beyond all that, I want to know what happens next! I guess this is yet another series that you MUST continue, Ms. Tirrell. Get to work. :)

I didn't know sci-fi could be this much fun.  Imagine living in a world where the nerds can totally turn the tables on the school bullies, snobs, and everyone else!  At least, I can live it in this series!

THANK YOU for continuing the nerdification!  Chic to Freak definitely tops the first book, and I can't wait to see what else happens at Lakewood High!