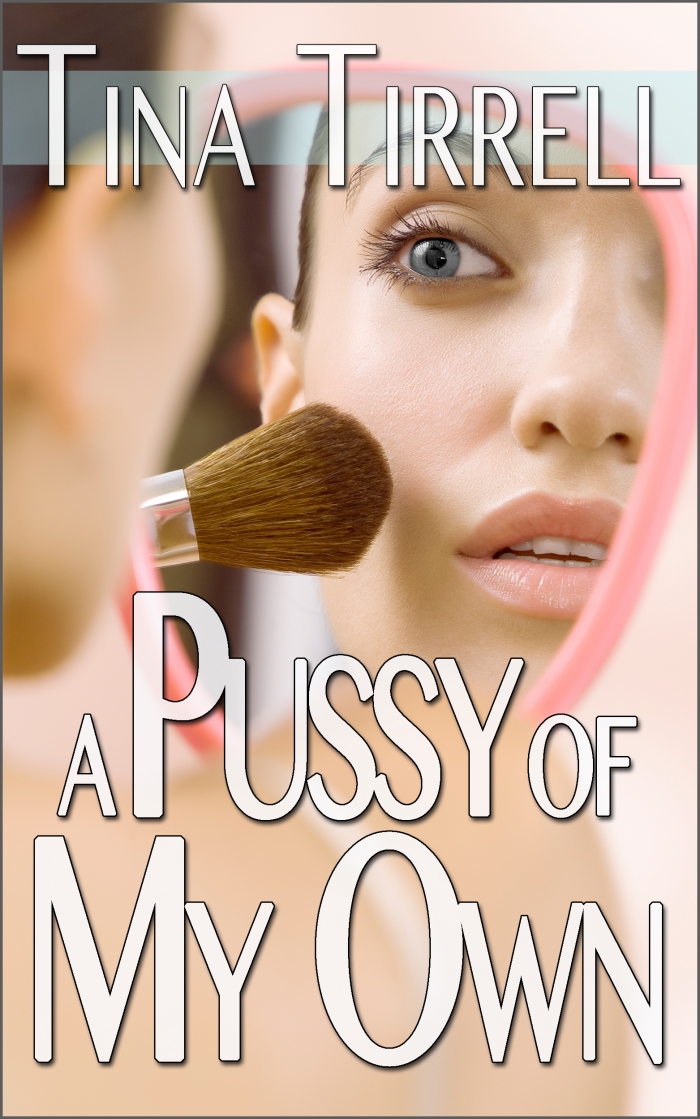 A Pussy of My Own

Losing the very thing that makes him a man may be the biggest gift he's ever been given.

Losing the very thing that makes him a man may be the biggest gift he's ever been given.

Jason will never know what happened the night he crawled into bed in a drunken stupor and woke up with a completely different body: an unbelievably sexy female body. His initial, waking fright and desperate search for the tool of his manhood itself is quickly subdued by the incredibly arousing view of the new, womanly body that is now his own.

One thing leads to another as he's compelled to explore every inch of his erotically enticing shape and discovers just how differently it feelsat every touch. As he's overcome by waves of pleasure erupting in a form he's never before experienced, he instantly realizes that what he's now missing is nothing compared to the joys of what he's magically gained.

Finally managing to convince Sean that he is the buxom blonde standing before him in baggy male clothes and the arousing lack of a bra, Jason suggests a much needed drink at a nearby bar where he can't even guess his new shape will come in exponentially handy and with dream-come-true benefits. It's the sultry, assertive bartender, Jo, whose eye Jason's hot female body catches, and he thoroughly enjoys letting Jo take charge and teach him every manner of pleasure a woman's body is capable of: his own and hers.

Dwelling right there in the little V between my long, slender, smooth, womanly thighs was the most beautiful pussy I've ever seen.  It was like a work of art: shapely, feminine, sweet and pouty.  And neatly manicured with a French wax job.  A little landing strip of short dark hair pointed toward a completely bare, impeccably silky-looking pair of plump lips, parted slightly by a dark pink slit.

My slit matched the color of my nipples.

That's when I nearly fainted.

Instead, for the first time in my life, my hand reached up to my own breast.  And I squeezed.  Hard.

Holy shit, that hurt!  I let go immediately and just stared down at the red fingerprints I left on my own tender, creamy breast.  That's when I realized it really was my body.  I could feel it all.  Whether I was wearing it, like a layer over my own, or nearly every molecule in me transformed biologically into this new form entirely; it was really, truly me.

I suddenly desired to be very gentle with it.  I had no idea how easily I might be able to hurt a woman's body, my woman's body.

I reached up a second time and carefully, softly, touched my fingertips to the pale skin of the breast that I'd just hurt in all my excitement.  I curved my fingers around the palm-filling plumpness and felt the weight of my breast as I lifted it from my chest ever so slightly and slowly allowed its heaviness to hang freely again.  I was in awe of it.

My other hand went to my chest.  I sat there with both breasts in both hands, and my thumbs went straight to my nipples.  My soft little feminine thumbs passed right over my pert nipples and prompted a tingle that seemed to shoot straight to my pussy.  My pussy.

I tried it again.  And again.  Like my own private experiment.  My fingers responded to the sensation growing between my legs: one of those all-encompassing feelings of pleasure that seemed to scatter throughout my entire pussy region, even down into my inner thighs.  It was unbelievable.  So incredible.  I played with my own nipples and the warm, widespread sensation started to pulse in my pussy.

I laid back in my bed and closed my eyes.  The sensations seemed to grow then.  I pictured my own hot, female body in my mind, concentrated on the nipples I stroked and flicked and that deep warmth between my legs.  One seemed to feed the other.  The faster I tweaked my nipples, tugged on them, or pinched them, the faster the blood rushed to the spot between my legs and compounded there until I felt an intense ache I wasn't even quite sure how to address.

I needed something.  I felt like I was right on the edge of something amazing, something I needed so badly.  I had to have it.

I left one hand on my breast, started to run my hand around it, gently squeezing it, swirling my fingertips around my nipple, while my other hand went to that glorious spot between my legs and pressed there.

Oh... my... God!  The sensation was unbelievable.  The weight of my hand alone was enough to stir something so deep and unexpected in me.  My entire pussy just pulsed with the pleasure of my hand merely pressing on it, and I found myself lifting my hips to meet my own hand, soon slamming my pussy against my palm, making a sexy slapping sound as I rubbed and pressed and smacked madly, faster and faster, squeezing my breast, pinching my nipple, faster and faster and.... 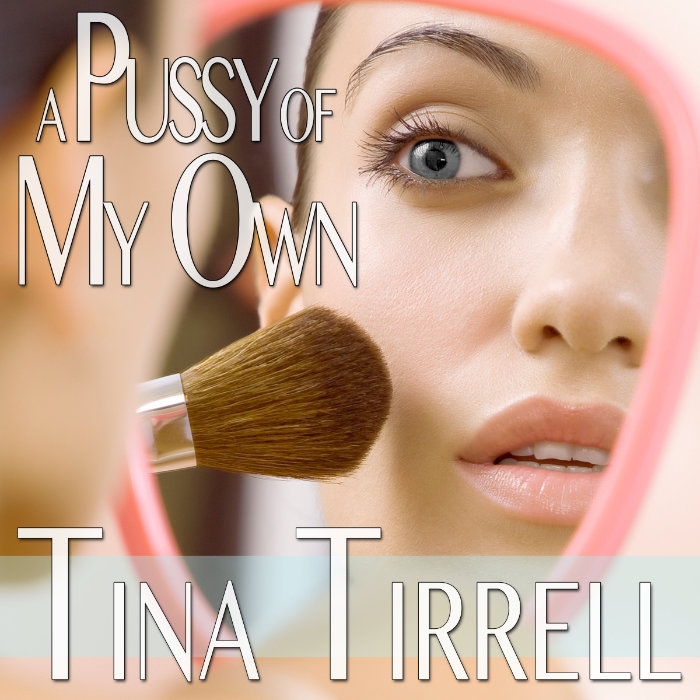 First of all, props on getting that title by Amazon's censorious overlords. :)

Story of a man who, after a night of debauchery, undergoes a Kafkaesque transformation. However, Tina Tirrell's "Jason" is far more fortunate than Kafka's "Gregor Samsa", who had transformed into a gigantic bug. Jason is now a raven-haired beautiful woman, a fun thing to be, I'd wager. :)

You know, a story like this only works when the author has a keen understanding of the opposite gender from himself or herself. Ms. Tirrell knows men. She knows our talk, she knows how we think.

One of the funniest moments in all her fiction: when Jason, as a woman, sits on the toilet, wondering how to void his -- excuse me, her -- bladder.

Without belaboring the plot details, Jason ends up with a hot lesbian bartender. Soon enough (s)he learns what that new body of his/hers can do and feel. He has one moment during the act when he wishes he had his old equipment, but "that was my old mindset. My old body." He narrates that the wish never occurred again. Jason will appear to have a more fulfilling sex life as a lesbian than he ever had as a straight man.

Who's "more driven" is debatable. Even more debatable is who enjoys sex more, male or female (and does being "more driven" equal "more enjoyment", anyway?) I've always assumed female, and, given this story, Ms. Tirrell appears to agree with me, but women I've known have almost always told me that they envied men's experiences. Oh well, the grass is always greener, innit? Maybe THAT's the moral of Ms. Tirrell's tale.

Or, I'm overthinking things, as I always do. :)

This is a well written story where the transformed person still retains his life long fascination with women. In fact after he's seduced by a beautiful blonde he becomes totally into women. A well written story.

Compelling, superbly written erotica.  The author really gets into the mind of her protagonist. She does a great job of showing how a guy would have to adjust to new plumbing & changes with old relationships. Eventually, it would be interesting to show how the DMV & His/Her place of employment would deal with overnight gender swapping.  Getting back to the meat of the story, the lesbian seduction is probably what 99% of TG fans would do if placed in this story. Kudos for a tale well told.

I DO recommend this to those looking for a great mtf story. I say this because of how the post-tf period is treated. Granted a lot of this is about that period so that's a lot of the story, but what I mean is that the enjoyment of pleasure is erotically detailed, yet in a surprisingly tasteful manner. Many stories of this nature usually get very promiscuous, or delve too easily into gender stereotypes. Also something about his... her reaction to the new chest was pleasant to chuckle at.  What makes this an especial recommendation is that I enjoyed it. That is to say, usually for mtf, I don't prefer this sort of happy exploration of self or pleasure... I enjoy punishment. Payback. An unredeemable, and/or sexist jerk, getting just desserts in some manner... I always seem to enjoy those more. For this story to rank up there in my book speaks of its quality.  For future, would be curious as to how the author might handle that... or for nice parallel, both- one guy enjoying the new sensations and feelings, the other struggling with them... :D  I've rated this actually lower than another story of hers that was pure bimbo tf. I actually find this story to be better. The reason for this is that while that story (also a great well-written read!) was great, it was the sort of simple, fun TF erotic thrill I always enjoy. This felt a bit more... thoughtful. Psychological. Something many tf writers can struggle with at times. The almost-5 rating is my way of saying to Tina "This is wonderful- let this be a sign of your potential, and let this be not your best, but in fact the minimum standard. Shoot for even greater!"